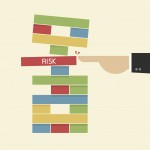 A very positive new development in clinical academic psychiatry has been the recent launch of a new publication by The Lancet, called The Lancet Psychiatry. This improves the visibility of mental health research and will hopefully increase the translation of such research into clinical practice.

The first issue contained a particularly important paper by Seena Fazel and colleagues that explored the rates of violent crime, suicide, and premature death in people with schizophrenia, and the factors that increased the risk of these outcomes (Fazel et al, 2014). Understanding the risk factors is critical to performing a risk assessment, to establish whether they are suitable for preventive intervention, and to see to what extent the same factors predict all outcomes.

The paper itself is the kind to turn some researchers (like me!) green with envy, because of the enormous sample with excellent follow-up; nearly 25,000 patients with schizophrenia and almost half a million matched controls! The reason such a large, high-quality dataset was available was because the research took advantage of the longitudinal nationwide population registers that exist in Sweden. These registers cover all inpatient admissions (and since 2001 also outpatients), cause of death, health insurance, crime and labour market statistics, and details about assessments conducted at conscription to national service, which is compulsory for all male Swedes. It is also possible, through the Multi-generation Register, to link people to their parents and siblings and thus examine the contribution of parental and familial factors on adverse outcomes. The huge high-quality dataset for this study comes from the Swedish longitudinal nationwide population register, but how applicable is this to other countries?

Severe outcomes are much more likely in patients diagnosed with schizophrenia (unsurprisingly). Indeed, they are:

Risk for these severe outcomes was also significantly higher in the siblings of patients as compared to the general populations, although the risk was only between 1.5 and 2.5 times that of the control group. This suggests that at least part of the increased risk is the result of familial factors, not the diagnosis itself. This study provides further evidence that the future is bleak for many people living with psychosis.

In terms of risk factors, three important predictors of all outcomes were:

Although other risk factors were significant (for example, marital status predicted suicide and self-harm, and low family income was important for predicting violent offenses), these three are distinguishable in being present before the diagnosis and are potentially modifiable. Major risk factors were drug and alcohol use disorders and a history of violence or self-harm.

There are some issues that could affect the study:

This large population-cohort study clearly demonstrates that people with schizophrenia are at greatly increased risk of violent offences, premature death, and suicide.

Dealing with these issues, particularly violence, in those with mental health disorders, must always be done carefully because of the stigma and discrimination that can result. Three aspects of the paper need emphasis: Interventions to reduce violence, suicide and premature death, should target everyone, not just people with schizophrenia

Last reply was October 6, 2014
Try out our members features!