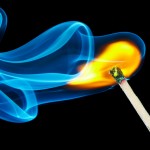 Existing studies have identified associations between psychosis and serious crimes such as homicide, but to date it has been unclear to what extent psychotic disorders are associated with arson (the crime of intentionally or maliciously setting fire to buildings or the natural environment).

This study conducted by researchers at Oxford University used data from the Swedish national registers for criminal convictions, hospital discharge diagnoses (International Classification of Diseases, Ninth Revision [ICD-9], and International Classification of Diseases, Tenth Revision [ICD-10]), and sociodemographic factors for 1988-2000.  They used a case-control design to look at the association of diagnosis with schizophrenia and other psychoses and committing arson.

The study included all convicted arson offenders of both sexes in Sweden (N=1,689) and compared them with a random sample of general population control subjects (N=40,560).

The results showed that people with schizophrenia and other psychotic disorders have a significantly increased risk of being convicted for arson:

These risk estimates are higher than those reported for other violent crimes and place arson in the same category as homicide as crimes that are most strongly associated with psychotic disorders.