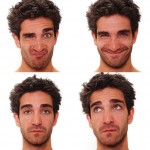 People with schizophrenia often find it hard to do many of the day-to-day things that everyone else takes for granted. Simple tasks like eating healthily and washing can be challenging and more complex needs like developing relationships with other people and finding and holding down a job can seem like mountains to climb.

Researchers refer to these difficulties as ‘functional impairments’ and often investigate the likely causes of these problems. It seems logical that there is a link between the ability to recognise emotions and this kind of social functioning, but it’s always nice when a systematic review comes along to confirm or refute what we instinctively think.

Researchers from the University of Pennsylvania School of Medicine have conducted a meta-analysis of observational studies that investigate correlations between emotional perception and function in schizophrenia. They searched PubMed and PsychInfo up to September 2010 and found 25 cross-sectional studies (including 1,306 patients, mean age 36.7 years, 64% men, 63% Caucasian) that met their inclusion criteria.

The researchers found no evidence of publication bias in the trials they included, but they did find significant heterogeneity (p<0.001, I2=54.55) and so used both random effects and fixed effects models in their analysis. A meta-regression analysis was also carried out to find out if other variables were having a major influence, e.g. gender, age, ethnicity, education, age of onset, duration of illness, symptoms and current treatment.

Emotion identification deficits are associated with functional impairments in schizophrenia and moderated by sex, race and symptoms. This has implications for treatment efforts to improve outcomes.