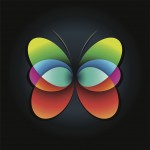 New research shows people with bipolar disorder (and siblings of people with schizophrenia and bipolar disorder) are more likely to work in creative professions. The study, published in the November issue of the British Journal of Psychiatry, lends further support to the commonly-held view that creativity is associated with mental disorder.

Researchers from the Karolinska Institutet in Sweden studied the occupations of over 300,000 patients who had received inpatient treatment for schizophrenia, bipolar disorder or depression between 1973 and 2003, and their relatives who did not have a diagnosis of mental disorder. The patients and their non-diagnosed relatives were compared to a control group.

People’s professions were categorised using the Nordic Classification of Occupations. Creative professions include both scientific jobs (such as university teachers) and artistic jobs (designers, performing artists, musicians and authors).

Creativity has long been associated with mental disorder, epitomised by Aristotle’s alleged claim that ‘no great genius has ever existed without a strain of madness’. Our study, which is much larger than previous studies, shows that people with bipolar disorder, and their siblings, are more likely to work in creative professions.

Kay Redfield Jamison, Professor of Psychiatry at the John Hopkins University of Medicine, welcomed the research. Writing in an editorial in the same issue of the British Journal of Psychiatry, Professor Jamison said:

No one would argue that there is a straightforward relationship between psychopathology and creativity. Most people who are creative do not have mental illness, and most people who are mentally ill are not unusually creative. It is, rather, that there is a disproportionate rate of psychopathology, especially bipolar disorder, in highly creative individuals.

Last reply was October 1, 2014
Try out our members features!