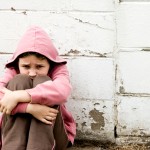 Childhood sexual abuse is a strong predictor of schizophrenia in later life, a leading psychiatrist has told the International Congress of the Royal College of Psychiatrists 2011.

It is a contributing cause of 17 per cent of cases of psychotic illness including schizophrenia, Professor Paul Bebbington, Head of the Department of Mental Health Sciences at UCL (University College London), told the Congress.

The worse the abuse, the more it increases the risk of developing psychosis. Someone who has experienced non-consensual sexual intercourse before the age of 16 is 10 times more likely to develop the mental disorder.

This is especially significant because sexual abuse is common in childhood. Eight in every 100 people have experienced molestation while one per cent of men and three per cent of women report having had non-consensual sexual intercourse under the age of 16. It is possible to calculate that if childhood sexual abuse ceased, there might be as much as a 17 per cent reduction in people suffering from schizophrenia.

Professor Bebbington is lead researcher on the new research which is published today (Friday, 1 July) in the July issue of the British Journal of Psychiatry. The research uses data from the 2007 Adult Psychiatric Morbidity Survey. The researchers found that non-consensual sexual intercourse before the age of 16 was strongly associated with psychosis. They also found weaker associations with being sexually molested and inappropriate sexual talk.

The increased risk of psychosis may be linked to the intrusive nature of childhood sexual abuse and having no control over what is happening to you. It has disastrous effects on self-esteem and psychological well-being, and is linked to paranoia and suspiciousness – even in people who don’t go on to develop psychosis.

Victims commonly describe sexual abuse as being accompanied by demands for secrecy and threats if the secrecy is broken, blocking effective social engagement and leading to isolation that itself leads to the development of psychotic symptoms.

Professor Bebbington said that victims of sexual abuse identified by social services or the criminal justice system should be offered support to help them deal with the psychological consequences of abuse before psychiatric disorders emerge.