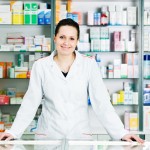 This bulletin from the NHS Information Centre reports on the use of medicines in hospitals and puts their use into context by comparing it with their use in primary care and with medicines prescribed in hospitals but dispensed in the community.

The bulletin explores the use of medicines used in the management of Attention Deficit Hyperactivity Disorder and the treatment of psychoses, presented in terms of Defined Daily Doses (DDDs).