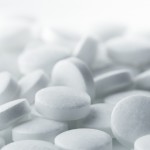 When we think of Parkinson’s disease (PD), hallucinations and delusions are probably not the first symptoms that come to mind. And yet, it is estimated that nearly half of all patients with PD experience psychotic symptoms at one time or another.

Although deficits in motor function are seen as the hallmark of PD, it is the non-motor symptoms such as depression that are highly predictive of drop in quality of life. In fact, psychotic symptoms specifically predict the need to be placed in a nursing home (Chaudhuri et al., 2006).

Unlike schizophrenia, hallucinations in PD are primarily visual rather than auditory or somatic (Chen, 2004), and can initially be benign. As disease severity increases however, paranoid delusions and delirium can become frequent and distressing (Chaudhuri et al., 2006).

The cause of PD psychosis is not fully understood. Due to the link between excess dopamine and psychosis, one might think that dopamine agonists typically prescribed to treat motor symptoms in PD would be responsible. In reality, PD psychosis has been associated with a range of factors, including old age, dementia, comorbid depression, general illness severity and, indeed, dopaminergic medication (Weintraub & Hurtig, 2007).

Antipsychotics primarily exert their therapeutic effect by blocking D2 dopamine receptors, which in PD can worsen symptoms. As a consequence, NICE guidelines advise against using typical and atypical antipsychotics, except clozapine for severe psychosis (National Collaborating Centre for Chronic Conditions, 2006), so it is important that a more viable and efficacious treatment for PD psychosis be found.

A recent paper in the Lancet examines a new antipsychotic called Pimavanserin, which has been specifically designed to treat PD psychosis. In a comment published alongside the article, Dr. Susan Fox of the University of Toronto summarised that:

In The Lancet, Jeffrey Cummings and colleagues present a randomised, double-blind, placebo-controlled trial showing benefit and safety of the non-dopaminergic drug Pimavanserin for the treatment of psychosis in patients with Parkinson’s disease.

Rather than blocking dopamine receptors, Pimavanserin works as a selective serotonin 5-HT2A inverse agonist. An inverse agonist works by binding to the receptor as an agonist would, but decreases the activity at this receptor, effectively working as an antagonist.

Genetic polymorphisms in the 5-HT2A receptor have been linked with psychosis. Furthermore, the binding of such receptors has been found to increase in PD, particularly in visual regions of the brain, thus thought to underlie the visual hallucinations common in PD psychosis. By decreasing the activity of this receptor, Pimavanserin may therefore help reduce psychotic symptoms. The study team screened participants at 52 centres in the USA and two in Canada. The original sample consisted of 199 patients over the age of 40, having had Parkinson’s disease for at least one year, and whose psychotic symptoms began after the onset of PD. Their psychotic symptoms also had to occur on a weekly basis, and be severe enough to warrant treatment with antipsychotics. Participants were randomised into one of two arms:

The duration of the trial was 6 weeks, with assessments completed at baseline, and days 15, 29, and 43. The primary outcome measure was symptom reduction, using a version of the Schedule for Assessment of Positive Symptoms adapted for Parkinson’s disease (SAPS-PD). Additional outcomes included participants’ caregivers being asked to measure caregiver burden, night-time sleep quality and daytime wakefulness. Finally, masked site investigators evaluated change in clinical global severity (CGI-S) and improvement (CGI-I) at the end point.

A 2-week lead-in of brief psychosocial therapy was also used to elicit a placebo response prior to the study commencing, thus in theory limiting the impact of the placebo effect during the trial.

The analysis was conducted using the mixed model repeated measures method, useful for dealing with participant dropout in longitudinal studies, a potential source of Type I error (false positives).

As a selective 5-HT2A inverse agonist, pimavanserin is to our knowledge the first in a new class of therapeutic agents able to confer antipsychotic benefit in Parkinson’s disease psychosis without unnecessary receptor activity that compromises safety and tolerability.

In the accompanying comment, Dr Fox indicates that Pimavanserin may: 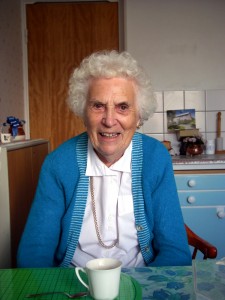 The study was well-designed all around. The sample was reasonably large, and the team sampled from a large number of sites across the USA and two in Canada. The groups were well matched for age and gender, and these variables did not have any significant effect on outcome measures. They also employed a novel method of limiting the placebo effect by giving all participants daily psychosocial interaction two weeks before commencing the trial.

The effect size for the primary outcome, 0.5, is considered a “medium” effect size (although this is somewhat arbitrary). The magnitude of such an effect size is typically considered clinically meaningful.

Virtually all participants were on dopaminergic drugs for PD, which the trial did not require a reduction of at study entry. This would indicate that Pimavanserin can be safely taken alongside standard PD medication.