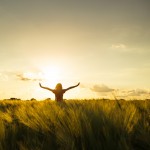 Over the past decade the term ‘wellbeing’ has made an increasing appearance in health and social care policy, with the Office for National Statistics undertaking the first UK national wellbeing survey in 2012.

Although a lot of work has been done, there still doesn’t seem to be an agreed definition of what wellbeing is or what to include in instruments to measure it. Is it a collective or individual concept? Is it just about ‘being happy’? How do we find out what wellbeing means for people who experience episodes of severe mental distress? Is the concept of wellbeing for them different to that for the rest of the population?

By undertaking a systematic review of the literature, the authors of this international study explore how to conceptualise and measure the wellbeing of people with psychosis. They had three objectives to: How do we find out what wellbeing means for people who experience episodes of severe mental distress?

The study is described as offering:

The first detailed description of the state of research on wellbeing in psychosis.

The study is a systematic review and narrative synthesis. The topic was scoped. Eleven bibliographic databases were searched along with hand searching certain journals, a grey literature search and consultation with topic experts.  Randomised and non-randomised intervention studies in English or German were included. 19,337 articles were screened down to 465 that were potentially relevant. After the final appraisal and data extraction process, 28 papers were finally included and analysed.

The identified measurement tools in the studies were used as a source for developing the conceptual wellbeing framework for people with psychosis. A narrative synthesis approach was used to summarise the empirical evidence on psychosocial interventions to improve wellbeing for this group.

How is wellbeing measured in good quality research for people with psychosis? The 28 studies used 20 different scales to measure wellbeing. Having examined these, the authors concluded that:

There was no single agreed definition or framework for wellbeing and the authors [of the included studies] did not usually state why they chose a specific scale.

Based on the study measurements, what could a conceptual framework for wellbeing look like?

By analysing the measurement tools, the authors summarised five dimensions of wellbeing for people with psychosis which form an overarching framework:

They conclude that a comprehensive framework to increase wellbeing for people with psychosis should:

Attend not just to the observable level of a person’s wellbeing but also to the non-observable, such as personal narratives and individual meaning making, to proximal issues, such as relationships and meaningful activities, and to more distal aspects, such as the perception of and coping with societal stigma.

How good is the evidence on psychosocial interventions improving the wellbeing of people with psychosis?

The authors found a relatively weak evidence base for interventions, with very mixed picture in the research in terms of intervention types, outcome measurements, study quality and results. Most interventions measured the non-observable, observable and proximal wellbeing domains. However promising findings on some interventions were also emerging. They comment that:

Overall there was no particular weight on a specific intervention focus. A mixture of types of intervention seems to improve wellbeing…[and] the effects of wellbeing interventions seem to go beyond their immediate targets…Interventions that improve domains of wellbeing in various client groups do already exist. The next step is to adapt them for people with psychosis and integrate them into an overall wellbeing therapy. Following their investigation into the types of wellbeing measures used in high quality psychosocial intervention studies about people with psychosis, the authors found that:

No specific concept or framework has been applicable to wellbeing research as a whole. This confirms the existing impression of wellbeing as an ill-defined concept which may currently be used as a name tag for a supposedly fashionable area.

However, the wellbeing measures used in the research formed a basis for the development of a conceptual framework for people with psychosis. Here, the aspects and impacts of living with a severe mental health problem are included, such as coping with stigma, relationships, meaningful activity, personal narrative and meaning making are included.

Summing up with evidence on the wellbeing outcomes of particular psychosocial interventions indicated that although the overall research is weak some interventions could be adapted for people with psychosis. The study offers a robust, evidence based conceptual framework for better conceptualising and measuring wellbeing for people with psychosis. This can be used to develop more a comprehensive and meaningful wellbeing measurement that accounts for the additional factors of living with a severe mental health problem.

Like most systematic and literature reviews, this study showed the research that exists and just as importantly, the gaps in the knowledge. On assessing the study’s strengths and limitations, the authors make the important point that:

Service user views…are needed to establish a complete picture of the meaning and components in psychosis.

Perhaps future work in this area could seek to incorporate service user perspectives and to test the proposed five framework domains against people’s experiential knowledge. Service users have already constructed measurement scales for potential aspects of wellbeing, such as empowerment, for example the Boston Empowerment Scale (PDF). In that way a coherent and comprehensive wellbeing measure for people with psychosis could be constructed.