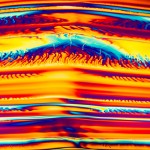 Psychotic episodes, which underlie severe disorders like schizophrenia, are typically prefigured by a ‘prodromal’ phase. The prodrome of schizophrenia will likely include psychotic symptoms such as hallucinations and delusions, but they will be relatively low in frequency and intensity, increasing over time until they become clinically relevant.

Alternatively, some people experience neither prodromal symptoms nor a psychotic episode, but rather something in between. Such individuals will have clinically relevant psychotic symptoms, but of a variable (polymorphic) nature. Secondly, the onset of symptoms will be sudden, occurring in a space of 2 weeks or less, and will resolve within 1 to 3 months. Finally, their symptoms will be associated with the presence of highly stressful events like psychological trauma, the loss of a loved one etc (Garrabé & Cousin, 2000), but not substance abuse.

This atypical ‘third psychosis’ has been historically described in a variety of ways, most notably in France as a ‘bouffée délirante’; literally, a ‘puff of madness’ (Magnan, 1891). In the International Statistical Classification of Diseases (ICD-10), the more widely used counterpart of the better known Diagnostic & Statistical Manual of Mental Disorders (DSM V), these different clinical features are grouped under the banner of Acute and Transient Psychotic Disorders (ATPD).

In a paper recently published in the British Journal of Psychiatry, Filippo Queirazza and colleagues present their attempts to record the rate of transition from ATPD to schizophrenia, along with the average time to transition. Furthermore, their aim was to examine any mediating effects of demographic and clinical measures (age, gender, age at onset of illness etc). To the best of our knowledge, no previous study has ever estimated mean time to change in diagnosis from ATPD to schizophrenia. This knowledge could potentially contribute to better planning and design of first-episode psychosis services in the UK.

To examine the length of time participants took to transition from initial diagnosis of ATPD to schizophrenia or any new diagnosis other than recurrent ATPD, a Kaplan-Meier survival analysis was used. The advantage of this method is it can account for partially missing data, a common occurrence in longitudinal population studies. Additionally, factorial analyses of variance were used to calculate the average age and length of first admission.

In this seemingly heterogeneous population of ATPD, there seems to be clinical (longer first admission to hospital) and demographic (young age at onset and male gender) variables that are associated with increased risk and earlier development of schizophrenia. Monitoring over a follow-up period of around 3-5 years may therefore be warranted in order to confirm or exclude a diagnosis of schizophrenia.

According to these findings, the time from first-episode ATPD to the onset of schizophrenia averaged at 1.7 years, with younger men and those with longer first admissions at greater risk. The authors are right to focus on transition to schizophrenia specifically, so as to benefit future early intervention strategies.

On the other hand, only 12.6% of those with first-episode ATPD went on to develop schizophrenia, and by far the largest proportion of the sample had a single episode with no later readmission (46.3%). This outcome is interesting when one considers the continuum view of psychosis, which includes benign symptoms as well as quickly remitting acute states. This finding also compliments recent meta-analyses which show a higher prevalence of psychotic experiences than the incidence rate of psychotic illness in the general population (Linscott & Van Os, 2012).

Crucially for the construct of ATPD though, this heterogeneity in diagnostic transition over time reflects poor diagnostic stability (53.9% over approximately 4 years, including patients presenting with recurrent (7.6%) and mono-episodic (46.3%) ATPD), a finding echoed in previous studies across Europe (Castagnini et al., 2008; Jørgensen et al., 1997; Marneros et al., 2003; Singh et al., 2004). The authors acknowledge that their data suggests the criteria for first-episode ATPD are of limited clinical value, lacking in predictive diagnostic power.

Based on this and similar evidence, the authors indicate that future revisions to ATPD criteria will likely relocate what is predictive of later schizophrenia onset to another ICD category (‘other primary psychotic disorders’), retaining what remains for the revised definition of ATPD.

The periodic rejigging of diagnostic criteria is likely to carry on as studies like this continue to examine unique cohorts of participants not often represented in schizophrenia research. Ultimately, the more heterogeneous our picture of psychosis becomes, the more difficult it may be to integrate it neatly into a categorical framework like the ICD-10 or DSM-V. Linscott, R., & Van Os, J. (2013). An updated and conservative systematic review and meta-analysis of epidemiological evidence on psychotic experiences in children and adults: on the pathway from proneness to persistence to dimensional expression across mental disorders. Psychological Medicine, 13. [PubMed abstract]