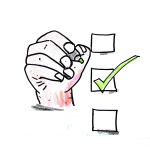 Down in the woodland many elves have written about personality disorder. Often this has been around rethinking diagnosis or what treatments are effective. This week we’re looking at a paper that seeks to evaluate the availability and nature of services for people labelled with personality disorder. We’re all looking forward to discovering what’s out there…

Personality disorder is a condition affecting up to 52% of people in psychiatric inpatients and up to 70% in inpatients and prison (Keown P et al 2002, Bowden-Jones O et al 2004, Banerjee PJM et al 2009, Singleton N et al 1998). Given the expense if not the ethical implications of these figures, it would make sense to prioritise effective community treatment.

In 2002, a survey of English mental health trusts found that only 17% had dedicated personality disorder services, 40% provided ‘some level of service’, 28% had no identified service and 25% didn’t respond (Chiesa M et al 2002).

In 2003, No Longer a Diagnosis of Exclusion (PDF) was published (NIMHE 2003) highlighting how people thought to have personality disorder were routinely regarded as ‘not the business’ of mental health services. It described a rough template for how services should be developed. The NICE guidelines for borderline personality disorder (NICE 2009) expanded on this, directing trusts to configure multidisciplinary teams (MDTs) to be an expert resource providing specialist treatments. This new study (Dale et al, 2017) surveyed providers in England to see how things have changed since 2002. 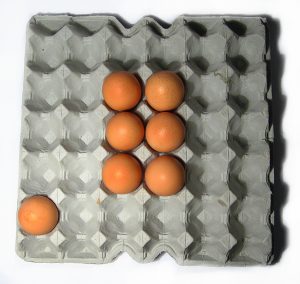 Previous work reported that people thought to have personality disorder were routinely regarded as ‘not the business’ of mental health services.

“Tell me about yourself…”

The authors wanted to find out what services looked like and how they fit with the NICE guidelines. A survey was emailed to an identified lead in each of the 57 NHS trusts in England as well as 10 private service providers.

Participants were asked to describe their service(s) as specialist or generic and were asked about the leadership, team make up, service access, inclusion/exclusion criteria, interventions available, user involvement and use of CPA (care programme approach).

“Have you got a dedicated specialist service? Ummmm…, Yes?”

52/57 trusts responded, as did 4/10 private providers. There was a lot of data captured, but the results that made the elves coo the most were: 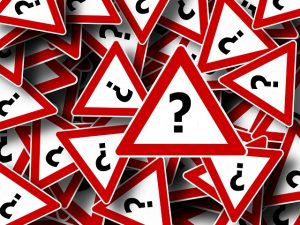 Have you got a specialist personality disorder service in your organisation?

While the elves were ready to party at the thought of an accurate account of the personality disorder services available across the country, we have had to take off our bell-topped boots and put away the moonshine. We do celebrate the fact that it has now become unacceptable to say that no service is provided for people with personality disorder, but we share the authors’ scepticism about the results. 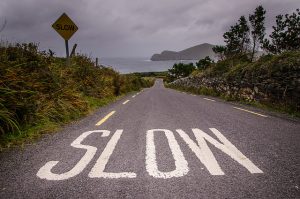 It has now become unacceptable to say that no service is provided for people with personality disorders, but 14 years after No Longer a Diagnosis of Exclusion that’s slow progress!

The idea that generic services provide as much specialist treatment as specialist services should be taken with a bucket of salt, as should the availability of different disciplines. For example, the methodology of this study means that one person qualified in CAT (cognitive analytic therapy) working ½ a day a week in an isolated CMHT (community mental health team) would count for that intervention being available when the reality is obviously somewhat different. Equally the ‘availability of different staff’ question could well have been worded “name every discipline employed in your organisation”. This tells us far more about their existence than their availability.

The authors note that there was something unexplained about why specialist services had such a lack of diversity in their staff teams. While the Personality Disorder Capabilities Framework (NIMHE 2003) describes the skills required to work with this client group I suspect that when dedicated services are commissioned, profession is valued far more than skill set. The vast majority of senior positions I see in personality disorder services ask for a psychologist/psychotherapist. This means that of the 80+ people who have significant post graduate experience of specifically studying how the concept of personality disorder is thought about and responded to in organisations, only those who are psychologists or psychotherapists can be heard at a senior level. When those people can’t lead a service but a newly qualified existential analyst can, it seems that something very unhelpful is happening (That’s no slight on existential analysts, just an observation that no one has ever said “We couldn’t possibly start the personality disorder service until the existential analyst has been recruited!”). Thousands have been spent on up-skilling a workforce to think about complexity but organisations (certainly the NHS) don’t seem to have adjusted their recruitment processes to make use of that way of thinking. As an Occupational Therapist you might sense my bitterness…

The equality of access is a particularly interesting issue. While no trust was reckless enough to say they didn’t provide a service I still wonder about the veracity of those statements. After 15 years in mental health I have been on both ends of conversations where someone from the CMHT phones the specialist service and says “We’ve had this referral. If the PD service will take them we’ll accept it, if not we’ll decline.” The paradox that people either need an intensive therapy provided by experienced clinicians or nothing at all is a peculiar one and I suspect that in organisations where there is no dedicated team (or the team is inaccessible), those clients are filtered out without even these conversations taking place.

While the authors gave a description of what a dedicated service might look like, whether an organisation’s service was one of these or not was a matter of interpretation. Is a dedicated service two people in an office offering consultation to others? Where NICE envisioned an MDT that worked across the organisation offering assessment, treatment, consultation and management of transitions, can we compare one of these to two people in a room and say they are the same thing? In this study we have to. The authors are clear, this study says that someone says this service exists. It cannot identify the quality of the service provided.

Still a diagnosis of exclusion

Things have undoubtedly changed for the better since 2002 although many would argue the focus on diagnosis rather than complexity or trauma leads to needlessly increased stigma and distress. The authors conclude:

There is continued exclusion, variability of practice and inconsistencies in the availability of services.

It’s interesting to think about why the NICE guidelines are not seen as binding for this client group. The authors suggest service standards and an accreditation scheme to ensure organisations deliver “good enough” care. We need to ask why given that there are already standards in the form of NICE guidelines, and the Care Quality Commission uses NICE guidelines as a indicator of quality when evaluating organisations, these exclusions and inconsistencies are not being highlighted. Trusts have been successfully sued after failing to follow other NICE guidelines and perhaps real change will only occur after the first successful court action following a death where opting not to follow the guidelines was a factor.

For the future, audits of services and organisations would be useful to ensure they’re compliant. While there is much written about the effectiveness of different interventions, what makes a good service is harder to pin down. Some services have very positive service user experience, others have prevented out of area placements all together. It would be useful to identify and share the ingredients that go into producing these and other useful outcomes. 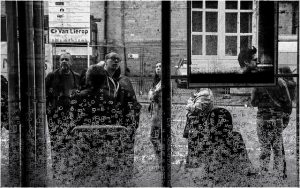 Why is NICE guidance not being implemented for people with personality disorders?

What I’m left with from this article is an ambivalent feeling that No Longer a Diagnosis of Exclusion has achieved so much yet so little. For me the most useful thing that a NICE-compliant service does is bring a thinking space into the organisation. This means that complexity, risk and distress can be considered and addressed rather than reacted to. This does not occur simply by setting up a DBT service.

In the PD Cymru conference in Wales last year, delegates from trusts with no Personality Disorder provision spoke of “The privatisation of PD”, the process by which this client group is someone else’s business and so they need to be sent for treatment in private placements at a cost of around £200,000 a year. I frequently hear that this process is by no means unique to Wales and it seems essential that organisations have an integrated team to help them consider, understand and respond to complexity. This might mean that people in distress aren’t excluded, it might mean that people aren’t escalated through higher levels of restriction to extinguish behaviours no one bats an eyelid at in the community, and it might mean that generic practitioners who feel deskilled see that they have very much to offer. This client group has been neglected too long and while the cries for parity of esteem are being heard, we must ensure that this is parity for all mental health difficulties, not just the ones we feel most confident working with.

I’ve swapped a few emails with the principle author of this paper, mainly so that I could repeat the survey in Wales where less than half the trusts had dedicated services. Shame on us. I’m also in the middle of a service evaluation to ascertain what the key ingredients for reducing out of area placements are. 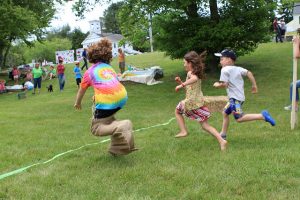 We need parity of esteem for ALL mental health conditions, not just those we’re confident working with.

National Institute for Mental Health in England. Personality Disorder: No Longer a Diagnosis of Exclusion (PDF). Department of Health, 2003.

Last reply was January 9, 2019
Try out our members features!