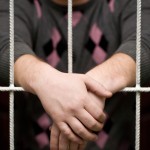 The excellent Time to Change initiative is quick to point out that people with mental health problems are more likely to be the victims of violence than the perpetrators.

However, it remains the case that certain mental health conditions are more frequently associated with antisocial behaviour and violence than others. Personality disorders (PD) are one such group of conditions.

The prevalence of PD is estimated at 4-13% in the general population and research suggests that a high proportion (30-50%) of people who kill themselves suffer from PD. However, we know less about the risk that people with PD pose to others and the waters are muddied by confounders such as substance misuse.

A number of (possibly unreliable) narrative reviews have suggested that people with PD are more likely to commit violent crime, so it’s great to finally see a well conducted systematic review and meta-regression analysis that assesses PD as a risk factor for violence, criminality, and antisocial behaviour.

The paper published in the Journal of Personality Disorders looked at two specific questions:

The included studies diagnosed PD using explicit criteria, were case-control or cohort studies and provided enough information to allow for odds ratios to be calculated.

A thorough search was conducted across a wide range of databases. No language limit was set and the usual steps were taken to ensure that all published and unpublished evidence was included.

Screening of articles was carried out independently by two authors and they decided to conduct two separate systematic reviews of the research they found:

We found higher risks of violence and criminality for individuals with PD than for general population controls, and for offenders with PD compared with other offenders. The utility of risk assessment and management may differ by PD category and gender.

The main limitation of this review is that the primary studies included do not report confounders such as comorbidity with other disorders or the rates of antisocial behaviour by other categories of PD. The authors point out that it’s therefore likely that their odds ratios overestimate the association between PD and antisocial outcomes because they have not been fully adjusted for confounding.  In spite of this, the review is an important piece of work that increases our understanding of this under-researched area.

Last reply was October 2, 2012
Try out our members features!