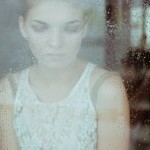 Many people with BPD are treated in the community with psychotherapy and some are cared for within a therapeutic community. People in crisis may sometimes be detained in hospital under the Mental Health Act and in some cases they may be given a short course of tranquillisers to calm their mood.

Very little is known about what might help people with BPD who are experiencing an acute crisis, so it’s good to see a new systematic review from the Cochrane Collaboration that has recently been published on this topic. The review follows other research on BPD in the Cochrane Library that looks at psychotherapies and drug therapies for people with BPD.

The reviewers conducted the usual systematic literature search of a wide range of databases, looking for randomised controlled trials that compared crisis interventions with usual care or no intervention or a waiting list control for adults of any age with BPD. They found 15 trials, but none could be included in the review because they:

The two unpublished trials (including around 688 patients) met the inclusion criteria for the review, so it is hoped that these can be included in an update:

A comprehensive search of the literature showed that currently there is no RCT-based evidence for the management of acute crises in people with BPD and therefore we could not reach any conclusions about the effectiveness of any single crisis intervention.

Borderline Personality Disorder really is the poor cousin of other mental health conditions. Professionals have complained about the dearth of good quality research for years and yet we are still conducting reviews that find no reliable trials.  Large well-conducted randomised controlled trials are urgently needed in this area so that effective care can be provided for people who suffer from this disabling and frightening condition.

Some of the problems frequently encountered by people with borderline personality disorder may be amenable to talking/behavioural treatments but all therapies remain experimental and the studies are too few and small to inspire full confidence in their results. These findings require replication in larger ‘real-world’ studies.

The available evidence indicates some beneficial effects with second-generation antipsychotics, mood stabilisers, and dietary supplementation by omega-3 fatty acids. However, these are mostly based on single study effect estimates. Antidepressants are not widely supported for BPD treatment, but may be helpful in the presence of comorbid conditions. Total BPD severity was not significantly influenced by any drug. No promising results are available for the core BPD symptoms of chronic feelings of emptiness, identity disturbance and abandonment. Conclusions have to be drawn carefully in the light of several limitations of the RCT evidence that constrain applicability to everyday clinical settings (among others, patients’ characteristics and duration of interventions and observation periods).