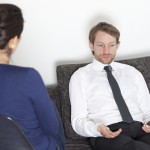 Talking treatments are a key component of the therapy offered to people with borderline personality disorder and there are now a number of studies that point to the importance of these interventions for this complex and hard to manage condition.

A new randomised controlled trial conducted by a research team from the Centre for Addiction and Mental Health in Toronto looks at the impact that dialectical behaviour therapy and general psychiatric management can have on borderline personality disorder (BPD).

The authors randomised 180 adults with a DSM-IV diagnosis of BPD (86% female, 65% unemployed, mean age 30 years old). The trial participants had all tried to kill themselves or self-harmed at least twice in the last 5 years, with the most recent episode in the last 3 months.

People were excluded if they had:

The trial participants were randomised to one of two treatments:

It was unclear whether randomisation was adequately concealed, but outcome assessors were blinded to treatment.

Patients attended weekly therapy sessions for 1 year and were then followed-up for 2 more years (so called naturalistic follow-up). There was a significant loss to follow-up over the total 3 year period with 48% of participants completing all 4 assessments.

The main outcomes of interest were self-reported suicide and self-harm, BPD remission, use of healthcare services, general symptoms and functioning, depression, anger, interpersonal functioning and quality of life.

One year of either dialectical behaviour therapy or general psychiatric management was associated with long-lasting positive effects across a broad range of outcomes. Despite the benefits of these specific treatments, one important finding that replicates previous research is that participants continued to exhibit high levels of functional impairment. The effectiveness of adjunctive rehabilitation strategies to improve general functioning deserves additional study.