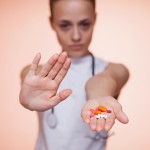 She is so underweight you wonder how she can still be alive. Her family is exhausted. The team has tried everything to help her recover. She is still convinced she is enormous. Every meal makes her angry, distressed and tearful. Surely there must be something else the doctor can offer?

On the face of it, the arguments for prescribing an antipsychotic medication might seem persuasive. After all, the beliefs some patients have about their body size can seem like delusions; plus, antipsychotics make people gain weight – for others this is a troublesome side effect; here, perhaps, it’s the solution.

So is an off-license prescription of an antipsychotic a reasonable thing to try? What does the scientific literature have to say?

Well, this paper (Dold et al, 2015) is a meta-analysis of all the randomised controlled trials (RCTs) of second generation antipsychotics (olanzapine, quetiapine, risperidone; which are licensed to treat psychosis) in treating anorexia nervosa to date, so it seems like a good place to start.

It’s worth noting that the studies don’t address questions about whether SGAs might be beneficial in managing comorbid illness, or for one-off use in extreme distress, they are just concerned with whether they are effective treatments for anorexia nervosa. 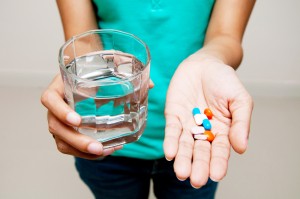 Antipsychotics are increasingly administered to achieve weight gain in patients with anorexia nervosa. But is there any evidence to support this practice?

The authors have used an appropriate search strategy (based on that made for the World Federation of Societies of Biological Psychiatry Guidelines for the Pharmacological Treatment of Eating Disorders) to find RCTs comparing second generation antipsychotic (SGA) medication against placebo or no treatment for anorexia nervosa. They searched a range of databases using appropriate terms, and get a gold star for making attempts to get hold of unpublished studies from all SGA manufacturers.

They clearly state that the primary outcome they were investigating was weight gain from baseline to endpoint of treatment, with secondary outcomes of mean changes on two scales used to measure eating disorder pathology. Where possible, they used intention to treat data. 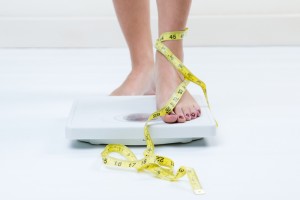 The primary outcome of interest in this meta-analysis was weight gain from baseline to endpoint of treatment.

The authors managed to track down a total of 7 RCTs including 201 patients:

The trials lasted 8-12 weeks, and patients had an average age of 24 (two trials were of under-18 year olds). The vast majority of patients were female (98.5%) and the average starting BMI was 16.3.

Treatment occurred in various different settings and in five studies participants were required to participate in a standard treatment program.

This meta-analysis finds that antipsychotics don’t lead to weight gain or improve eating disorder symptoms in patients with anorexia nervosa.

The research literature seems pretty clear cut to me. Despite looking hard, this meta-analysis comes up with no evidence that SGAs work in the treatment of AN. They don’t lead to weight gain, and they don’t improve eating disorder symptoms, as measured by validated questionnaires.

Three of the authors disclose having served on drug company advisory boards or received travel grants and speaker’s fees from drug companies. If this biased them, presumably it would be in favour of finding an effect of drug treatment; in fact, they conclude: “[SGA’s] cannot be regarded generally as an evidence-based treatment model”.

The authors suggest this this lack of effect may be because trial patients were noncompliant with drugs that they knew might lead to weight gain; but this would be a “real world” problem with them too. They also suggest that subgroups of patients may benefit: however, this suggestion is based on a subset of participants from one trial, which was not sufficiently powered to make this comparison.

Potential side effects of treatment

The authors go on to state that “potential benefits of a pharmacotherapy in anorexia nervosa should be thoughtfully weighed against the possible risk of unwanted effects”. This seems to me to skim over the potentially problematic side effects of SGAs in this group of patients.

I would be particularly worried about the effects on the heart. Sorry to get technical, but there’s a risk of “QT interval prolongation” (it’s an ECG thing) in anorexia nervosa, and also with SGAs, and with low blood sugar. That may sound unnecessarily obscure, but having a prolonged QT interval can lead to the heart going into abnormal rhythms, which can lead to cardiac arrest and death. I don’t think we know exactly how big the risk is for this group of patients.

However, we do know that anorexia nervosa has a high mortality, which is not entirely explained by increased rates of death by suicide (Arcelus et al, 2011); and this (Wu et al, 2015) large population study finds that antipsychotic use is associated with a 50% increase in the rate of ventricular arrhythmias and sudden cardiac death. Weigh thoughtfully, everyone.

Antipsychotics are associated with an increase in ventricular arrhythmias and sudden cardiac death; adverse effects that are worrying for everyone, but especially patients who are already dangerously underweight.

I am a bit confused by some of the authors’ maths – I’ve gone back to the original studies and as far as I can see the total N (number of patients in the study) is 195 not 201 (not sure where those extra 6 patients have popped up from). They also skim over the numbers lost by some studies failing to provide intention to treat data; I think this is why their main analysis uses 161 rather than 195 or even 201 patients. If you use only study completers, this tends to overestimate the likely effect of the drug being studied, because those doing better/having fewer side effects are more likely to continue treatment. This means that the true point estimate for difference between groups is probably even smaller than 0.13.

In summary, there is no evidence in favour of using second generation antipsychotics in treating anorexia nervosa. Patients, families, and clinicians are all left waiting for new and more effective treatments to be found. 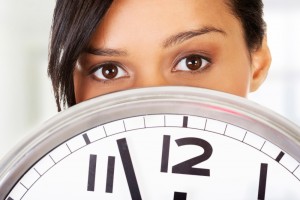 The wait continues for evidence-based drug treatments to help patients with eating disorders.