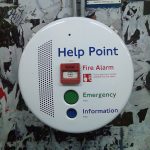 The aim of this paper was to review what is known about what helps and hinders people with eating disorders from accessing ‘help’. Help in this review included help from professionals, family, friends and any other anonymous or educational sources.

It has been consistently shown that individuals with mental health problems often feel that there are numerous barriers to accessing support and professional help. The literature and what we know about the stage in an individual’s eating disorder at which they access help both indicate that the barriers may be particularly large for people with eating disorders.

Ali et al (2016) identified the lack of a systematic review pulling together what is known about the barriers and facilitators to accessing help for people with eating disorders, and therefore conducted this study. 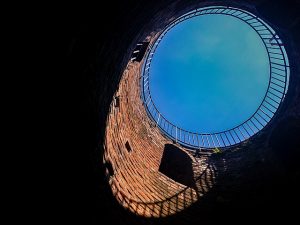 Barriers to accessing help may be especially large for people with eating disorders.

The authors conducted a systematic review, which was limited to a degree by the fact that they used only three databases (PubMed, Cochrane and PsychInfo). A positive aspect of their approach was the inclusion of qualitative, quantitative and mixed-methods studies. The process of paper selection is explained clearly and the quality assessment guidance they used is provided. It would have been helpful to have more detail on the thematic analysis of the papers provided in the main text rather than in an appendix, although this may have been the choice of the editors and not the authors.

Thirteen papers (eight qualitative, three quantitative and two mixed-methods) were included in the review and these are listed in a table. It is striking that they have widely varying samples, not just in terms of size but more crucially in terms of eating disorder symptomatology.

The authors provide two lists of the barrier and facilitator themes identified from the review, along with frequency counts of papers reporting on each theme. The authors highlight the relative lack of research around facilitating factors; it is unclear whether this is a reflection of the focus of participants on barriers, or a focus of researchers on barriers.

In terms of barriers, the authors found the most frequently mentioned theme was shame and stigma, followed by denial/lack of awareness, practical barriers and a fear of losing control.

In terms of facilitators in accessing help, a comorbid diagnosis was seen as the strongest facilitator, followed by health problems and concerns about weight. In other words, facilitators were chiefly related to fears about directly and indirectly related physical and mental health problems that may seem less shameful to individuals with eating disorders.

I was disappointed that the authors measured the extent of the pertinence of the barriers and facilitators by the number of papers in which they were reported. Although the authors recognise this limitation themselves, there is no consideration of potential alternative approaches offered. However, they do provide quite expansive thinking about the most frequently reported barriers and facilitators and try to place each of these in a wider research context. This would seem to be quite an ambitious approach for a fairly short paper, and I feel that the authors manage to do this reasonably successfully.

Some of the findings appeared to contradict each other. For example, although shame and stigma were commonly reported as significant barriers, it is later suggested that people with eating disorders prefer making use of family and friends as sources of help. It is not clear whether this means shame is not experienced with close contacts, or if those who use social contacts are not reporting feelings of being hindered by shame.

We do not know about the individual design of each study; if all thirteen sets of authors determined a priori that shame and stigma were to be asked about as barriers, then it would automatically become the ‘most pertinent’ category, without this necessarily reflecting the strength with which participants endorsed this barrier.

Given the number of qualitative papers included, it would have been interesting, and more reassuring from the standpoint of validity, to have seen more in-depth interpretation of the information provided by participants in each study. 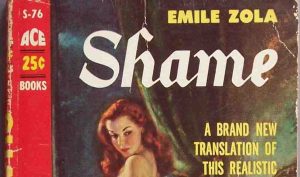 The most common barriers to help-seeking were shame and stigma, denial/lack of awareness, practical barriers and a fear of losing control.

Of course, there is an inherent problem with the studies in terms of the people who do not engage with either help-seeking or with research on help-seeking. We do not know what the authors of each of the included studies did to help participants engage, or what kinds of incentives were employed. Given what we know about shame and stigma, and about lack of recognition of one’s own eating disorder difficulties, we can only assume that a considerable number of people of interest would not have taken part in these studies. This remains a very tricky problem for those working in eating disorders research.

The severe lack of male participants included in this review is both reflective of the state of eating disorder research and worrying. Is this an issue of design or are there additional barriers for men to take part in eating disorders research (never mind accessing help and treatment) that need to be addressed?

The authors broadly suggest that more quantitative work needs to be done, but there is not a clear rationale for the function of such work or what this would achieve.

Finally, the authors conclude that:

Awareness and prevention programmes should focus on educating young people about the devastating impact of these illnesses and encouraging them to seek help for their problems.

This, to me, does not seem to address the issues of stigma, shame and denial, which are presented as the biggest problems for help-seeking in eating disorders. 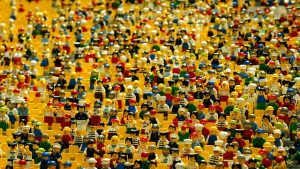 Including a representative sample of people in eating disorders studies remains a huge challenge for researchers.