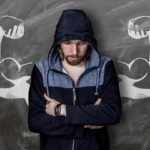 There has been an increased interest in men with eating disorders, both in popular media and in academic work coming through to publication. The perception that men with eating disorders have been under-represented both in research and in service uptake is being borne out (Murray et al., 2017). Alongside reasons of stigma and the misconception of eating disorders as being female-only difficulties, another reason for men not to access services is the lack of treatment pathways that feel suitable for them. Brown et al’s intervention attempts to address this (Brown et al, 2017).

The authors present a trial of a two-session intervention based on a cognitive dissonance approach, called The Body Project: More Than Muscles (TBP:MTM). TBP:MTM is an adaptation of The Body Project (TBP) and The PRIDE Body Project. TBP is an intervention for women with bulimic symptoms, which had been shown to be effective up to three years post-intervention. Research on TBP showed that creating dissonance with a thin ideal was a mediating factor on outcomes, indicating that the creation of cognitive dissonance was a treatment mechanism. The PRIDE Body Project was another development from TBP for eating disorders in what the authors class as: “sexual minority males”.

TBP:MTM consists of two 2-hour group sessions run one week apart, with homework tasks given in between. In the first session, groups discuss and identify culturally-based body ideals, and then challenge these ideals. Four homework tasks are assigned, and these are reviewed in the second session. The second session then continues with more practical ideas to counter culturally-based body ideals, such as ways to handle social situations.

The aim of this paper was to investigate if TBP:MTM is effective and acceptable, and whether evidence could be found for a mediating pathway for creating dissonance with idealised body image in order to produce more positive outcomes for men. 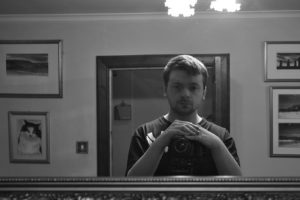 The Body Project: More Than Muscles intervention is two 2-hour group sessions run one week apart, with homework tasks given in between.

The sampling for this study is slightly confusing. 95.7% of the men were recruited from a university, and then a further 4.3% from the local community. Presumably an insufficient number were found through the college, but adding so small a number and drawing attention to the university and community as separate locations for sampling seems strange. The participants had to be aged 18-30, express body image dissatisfaction and/or the strength of influence of their body on their lives at a level of 6/10 or greater, and whilst participants could not meet full DSM-V criteria for an eating disorder, they could have some eating disorder symptoms.

Following telephone screening of 207 men, 112 men of a mean age of 20 were eligible and were randomly allocated into the TBP:MTM treatment or into a waitlist control group. A flow chart is provided for the sample journey through to analysis, giving numbers of participants at each stage. It is interesting to note that 11 of 52 men assigned to the TBP:MTM treatment arm did not accept being in the treatment arm, compared to 8 of 60 in the waitlist control arm. This is despite the fact that participants were offered financial or college-credit compensation. No more explanation than lack of time and lack of interest is ventured in the flow chart for this somewhat surprisingly high number of withdrawals.

The sample sizes given in the abstract unfortunately give an inflated impression of the size of the study, by giving the numbers assigned to each treatment arm rather than the numbers who completed the treatment and the outcome measures.

Measurements were completed by participants once they had been assigned to their treatment path, immediately after the intervention was complete (which was designated as one week after randomisation for the waitlist control group) and finally four weeks later (five weeks after randomisation).

The Male Body Attitudes Scale, the Drive for Muscularity Scale, the Muscle Dysmorphia Inventory and the internalisation subscale of the Sociocultural Attitudes Towards Appearance Questionnaire-3 were all completed at all three time points. In addition, two elements of the Eating Disorder Examination – Questionnaire, which covers the past seven days, were utilised: the restraint scale, and the checklist of bulimia symptoms. Why symptoms of other eating disorders were not included is not explained.

Results from all the measurements were examined for changes over time and by intervention. Hierarchical linear modelling (HLM) was utilised given a number of non-independent factors. For example, individuals in the TBP:MTM intervention were split into small groups to receive the intervention, and so intervention, group and time were all included in the HLM model. Mediation analysis for the body ideal pathway was also conducted.

Results of all measures at all three time points by group are provided in tables and discussed in the text. These are too numerous to cover comprehensively here, but collectively, the measures indicate that TBP:MTM resulted in beneficial changes for participants, beyond those experienced in the waitlist group, both immediately post-intervention and at four weeks post-intervention. Waitlist scores stayed consistent across all three time points, as would be anticipated.

Within the TBP:MTM group results, there was a highly significant decrease on both the restraint and bulimic symptoms subscales of the EDE-Q. It is worth noting that scores on both subscales at baseline were lower than those in the waitlist group (restraint means of 1.27 compared to 2.07 (ns); bulimic symptoms means of 5.53 compared to 9.30 (p<0.05)). However, the between conditions effect sizes were large for both restraint (d=0.76 post-intervention and d=0.93 at follow up) and bulimic symptoms (d=1.11 post-intervention and d=1.16 at follow up).

Of the other measures, it was interesting to note that within the TBP:MTM group, changes in scores tended to become significant only at follow-up. The authors highlight the change detected on the Appearance Intolerance subscale of the Muscle Dysmorphia Disorder Inventory, which went from a baseline mean above that reported for gym-attending males to a score at the mean of gym-attending males. It is difficult to know what this means clinically. Moderate effect sizes were found for most measures between the TBP:MTM and waitlist control conditions.

In terms of the mediation analysis, the authors provide little commentary, except to say that body-ideal internalisation did act as a mediator between treatment and outcomes in terms of both bulimic symptoms and muscle dysmorphia. The results suggest that the body-ideal internalisation mediation path accounted for a similar amount of the effect of condition on muscle dysmorphia and bulimic symptoms (about 40%). 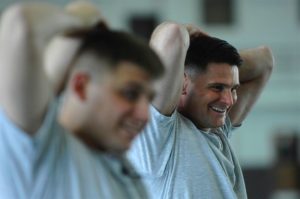 The results of this trial support the acceptability and efficacy of The Body Project: More Than Muscles up to 1-month post-intervention, but results against an active control are now needed.

The authors give a good amount of space to considering the experience of TBP:MTM in terms of acceptability, homework completion and relevance, and suggest that the intervention proved meaningful and compatible with participants, with the caveat of the large number of men who dropped out pre-intervention.

Some eating disorder outcomes appeared more strongly affected by the intervention than others, but the authors do not go into depth of considering why, instead simply suggesting that further iterations of TBP:MTM could address the less affected outcomes.

The authors suggest that their results indicate that muscle dysmorphia may be linked to eating disorders in men through body-ideal internalisation, and they suggest that this supports Tylka’s model. The authors acknowledge that only the appearance intolerance element of their MD measure appeared to be affected by the TBP:MTM intervention, and hypothesise that this could be due to the nature of the tasks in the intervention.

There is a limitation or query, in my mind, around independence of this study, which is often the case when a research group develops, pilots and evaluates their own intervention. Two of the authors also developed the PRIDE intervention on which TBP:MTM is based. Furthermore, the lead author facilitated the TBP:MTM groups in the study and acted as one of the auditors of the groups’ co-leaders’ competence, yet there is no indication that her own competence was rated other than by group participants.

There is no information provided around power and the samples of 33 and 35 participants in the two conditions may be too small for the results presented to be sufficiently powered.

In terms of acceptability, the completion of all of the homework tasks by 95% of TBP:MTM participants suggests high engagement and commitment. We could hypothesise that the very short nature of the intervention might facilitate a short burst of commitment or that commitment to the group might act as a motivator. The group effect is picked up on by the authors, who suggest the larger effect sizes found in the PRIDE trial might be due to stronger group bonding in that study, although they also state that they are unconvinced by this argument given the acceptability ratings for TBP:MTM. I would question whether a group identity can be crafted in the space of two sessions with a collection of strangers, especially when it is known from the outset that the commitment is for no more than two meetings. I would hypothesise that the awareness of being in a research study might be more of a factor motivating participants to complete the intervention as directed.

This study might encourage researchers to investigate other potential two-session therapies. However, I am stuck with a significant cognitive dissonance problem after reading this paper. Eating disorders are widely known to be incredibly difficult to treat and to be relapsing, and to be shaped by a range of complex individual and social factors. Brown et al’s paper doesn’t fit with either clinical or research experience and evidence. That is not to decry their work at all; what I feel is needed is some kind of exploration as to how such rapid therapeutic gains can be achieved with this programme relative to other eating disorder interventions, and whether gains are maintained at a longer follow-up. 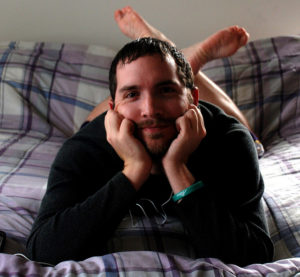 A two-session body dissatisfaction treatment with promising results for men. Too good to be true?

Other eating disorders research papers of interest this month

In an advertisement of a special edition on the topic due in November, the editors of the Journal of Eating Disorders have called for more research into the role of over-exercise in eating disorders. They discuss what has happened in the period since they raised this issue in 2008, including Delphi study work that failed to produce a consensus on over-exercise, and a failure to find a way to integrate the treatment of over-exercise or compulsive exercise into Family-Based Therapy. More promising work has been done in developing CBT-based packages specifically targeting over-exercise but this is evidently very new and needing further investigation. The encouragement to keep ploughing this furrow is welcome, especially given the misgivings I cannot be alone in having about their considerations of artificially increasing the temperature of inpatient settings to suppress tendencies to exercise.

Meanwhile in the world of neuropsychology, Scaife et al (2017) have used fMRI scanning to examine activation and the amount of grey matter brain tissue in individuals with current anorexia nervosa, individuals in recovery from anorexia, and control subjects. By having a ‘recovered’ group, the authors believe that commonalities between this group and those with current anorexia cannot be accounted for by starvation effects. Their results suggest that the under-activity in visual and auditory areas in individuals with current and recovered anorexia are related to losses in grey matter, which were widespread in these subjects’ brains. Although drawn from small groups, these findings are clinically concerning as well as intellectually intriguing, and the paper is written clearly and accessibly. Recommended.