Home » Posts » Mental health » depression » The cost of antidepressant prescribing has risen by nearly a quarter in the last year, according to new NHS figures 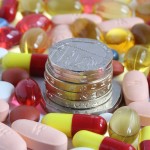 The largest annual rise in prescriptions was seen in antidepressants according to figures published this week by the NHS Information Centre. 46.7 million prescriptions for antidepressants were dispensed in 2011, a rise of 3.9 million on 2010. This equates to a rise of 9.1% in the 12 month period, which is similar to that seen in the previous year.

The report includes details of all prescriptions dispensed in England and has information relating to a range of different health conditions (e.g. ADHD, diabetes and cardiovascular disease).

The report found that total prescription numbers are going up, but the total cost to the NHS is falling. Probably because more drugs are now ‘out of patent’ and are being prescribed in cheaper generic forms.

However, the cost of antidepressant prescribing  rose dramatically from the previous year. 2011 saw a 22.6% increase on the 2010 figures, which contrasts with a fall in cost that had been measured in the two previous years.

Costs vary across individual antidepressants. Here are some highlights of the changes in cost:

This report doesn’t tell us why antidepressant prescriptions have gone up. It may be a result of the current economic downturn leading to increased numbers of depressed and anxious people, or it may simply be that other talking treatments are unavailable and people are turning to drug treatments instead.

Of course, antidepressants are now used to treat a wide variety of health conditions, including anxiety disorders, obsessive-compulsive disorder, serious phobias, panic disorder and post-traumatic stress disorder, although depression remains the main condition for which the drugs are prescribed.

Last reply was August 4, 2012
Try out our members features!