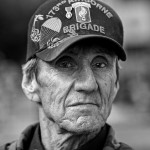 Depression is a staple topic at The Mental Elf. We have yet to understand fully how it works and what helps best, and it’s different for everyone. A group that is particularly at risk for depression is older people, and among those older veterans, with rates two to five times higher than in the general population.

The study I’ll be blogging about today looked at a psychotherapy known as behavioural activation, which I’ve discussed before. It sought to establish whether delivering behavioural activation treatment via telemedicine is non-inferior to face-to-face sessions. Some of the reasons behind wanting to use telemedicine is older veterans’ potential disabilities and resulting mobility problems, living in rural areas or areas where treatment is not easily accessible, and concerns they may have about the stigma attached to mental health problems and/or getting help for them. 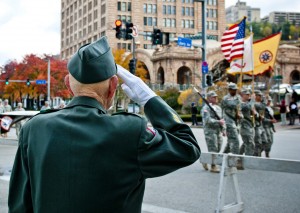 Older veterans have a much higher risk of depression compared with the rest of the population.

The study took place in 2007 and was funded by the US Department of Veterans Affairs. The researchers recruited male and female veterans aged 58 or older, from five clinics in South Carolina and Georgia. Participants were eligible if they met DSM-IV diagnostic criteria for major depressive disorder. Exclusion criteria were: being actively psychotic or demented, having both suicidal ideation and clear intent, substance dependence, and inability to provide informed consent. Other types of psychopathology were no cause for exclusion. Some participants were taking antidepressant medication during the study in addition to receiving psychological treatment.

Participants were randomised into two groups:

A total of 241 eligible participants were randomised into two groups. Both groups received an identical 8-week course of 1-hour behavioural activation treatment sessions with a trained professional (masters-level counsellors with at least 2 years of clinical experience). The telemedicine group received this treatment via videoconferencing technology whereas the same-room group attended face-to-face sessions. Researchers gave videophones to the participants in the telemedicine group. The article states that this was so that the telemedicine intervention could be delivered even to those participants who didn’t have broadband internet access, and that the videophone model was chosen because it had several features that made it easy to use for an older population (big screen, large print number keys). There were 120 participants in the telemedicine group and 121 in the same-room group. 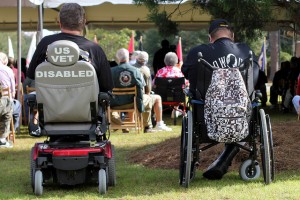 When delivering telemedicine, consider the patient population in your choice of technology.

It’s important to understand that the first method measures an individual’s baseline score against their own follow-up score and provides a measure of how much someone has improved relative to their own baseline score, while the second measure looks at fixed cut-off points for diagnostic criteria. So, for example, someone with a high depression score at baseline could improve by 50% or more and therefore be a responder according to BDI/GDS measures, yet still meet criteria for major depressive disorder on the SCID. Likewise, a relatively low baseline score could mean that an improvement of less than 50% would lead to the participant no longer being diagnosed with major depressive disorder, so someone like that would be classified as a responder on the SCID measure but not the BDI or GDS.

The researchers also looked at some secondary outcomes: continuous BDI and GDS scores over the study period, and response status at each of the measurement points (4 weeks, 8 weeks, 3 months). 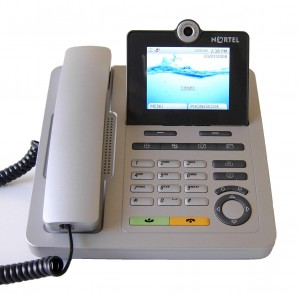 Since 2007 (when this study took place), videophones have been overtaken by Skype and other web-based video technology.

The researchers performed intention-to-treat analyses as well as per-protocol analyses of the data and used the per-protocol analysis as primary analysis. For the per-protocol analysis, only those participants who had completed at least four treatment sessions and for whom all outcome measures were present were included. This meant that 100 participants from the telemedicine group and 104 from the same-room group were included in that analysis. The primary analysis was carried out using this per-protocol sample. The researchers used 90% confidence intervals. Telemedicine was judged as non-inferior to same-room delivery as long as the response proportion for same-room didn’t exceed that of telemedicine by the specified non-inferiority margin of 15%.

This means that, depending on treatment group and scale, if you go by the relative measures (BDI and GDS), there were between 13 and 22 people in each group who responded to the treatment. However, the absolute measure of the SCID shows that around twice that number don’t have a diagnosis of depression any more. So it looks like there is a large number of participants who, according to the relative measure, were not classified as responders, but who got better anyway.

Unfortunately the researchers do not offer any explanation for why this is. The explanation that springs to mind is that these participants had a comparatively low baseline depression score whereby an improvement of under 50% compared to baseline would result in the SCID not detecting any depression, but BDI and GDS scores wouldn’t classify them as responders. I thought about regression to the mean, whereby people get better by themselves, but surely the depression scales would detect improvement regardless of whether it was due to the treatment or something else. The confidence intervals are all quite wide, which isn’t surprising given the small size of the study, and the confidence intervals for the difference between the two treatments all cross the line of no effect.

The researchers also looked at continuous values for BDI and GDS scores during treatment. Without going into too much statistical detail, numbers seemed to favour same-room treatment, although the difference between groups lessened with time. Both groups improve until the 8-week point, then both got slightly worse by the three-month point (an effect often seen with psychotherapeutic interventions after treatment sessions stop) and then the telemedicine group improves between 3 months and 12 months, while the same-room group gets worse. 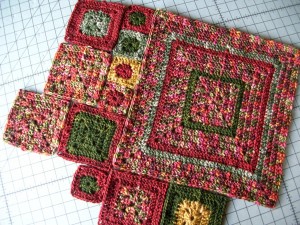 Back to square one?

The researchers conclude that, because the study demonstrated that evidence-based psychotherapy can be delivered via telemedicine without modifications to the therapy, resources should be devoted to offering services directly into patients’ homes.

I would qualify this and factor in patient preferences and working alliance; two things that the study does not investigate, but which play a big role in how well psychotherapy works. I would also question the largely positive spin that the researchers put on the results.

In the discussion, the researchers mention the strengths and limitations of the study. One of the things they mention is that treatment response in both groups was less than expected when the study was designed, and it is unclear why this is. The researchers speculate that the population was sicker and had more comorbidities than the populations in the studies that their estimates were based on. It’s also worth noting that the sample included almost no women, which limits generalizability. They discuss the fact that the technology used is now outdated, which is a fair point, and they conclude that newer technologies will only improve communication between patients and therapists. Given that this was an older population, I would be more cautious with a statement like that.

Most importantly, however, some of the participants in the study were taking antidepressant medications during the study and this seriously limits any conclusions that can be drawn from this study. We cannot be certain that any treatment effect that was observed was due to the psychological treatment or to antidepressant medication. The researchers state that they would expect the possible effect of medications to be the same between the two groups, which is a bold statement given that no effort was made to include the fact that someone was on medication into baseline characteristics or to modify randomisation to make sure equal numbers of medicated patients ended up in each group.

While non-inferiority of telemedicine delivery versus same-room delivery of behavioural activation was established according to a specific criterion, the treatment as such didn’t work nearly as well as expected with the population in question, and we can only speculate as to the reasons for this. This goes to show that sometimes when you try to find out one thing, you end up uncovering something else. It’s surely a worthy effort to make therapy more accessible in every sense of the word, but if the issue is that the therapy is not as effective as expected, then that should be investigated in the first place. 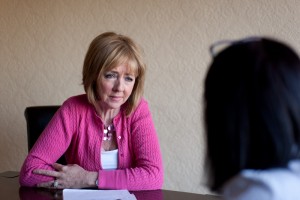 Can psychotherapy delivered via home-based telemedicine be as safe and effective as face-to-face talking treatment?