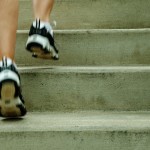 Exercise is a good thing right? It seems obvious that people who are affected by mental health problems would benefit from getting themselves outside and becoming more active, but are these ‘treatments’ value for money when they are delivered in a structured way?

The current NICE depression guideline recommends ‘structured’ physical activity programmes for depression and so called ‘exercise on prescription’ schemes have cropped up all over the country during the last decade.  I’ve blogged about exercise for people with chronic illnesses and depression and exercise referral schemes in the past, but the evidence has not always been conclusive.

Researchers in the South West have been working on a major new study for the last 5 years, which investigates the cost-effectiveness of a physical activity intervention as a treatment for depression. The headline from this research is that the physical activity promoting intervention in primary care did not lead to any clinical benefit in terms of depressive symptoms.

The randomised controlled trial involved 361 adults with depression from the Bristol and Exeter areas. They excluded people who could not complete self-administered questionnaires in English, those with medical contraindications to physical activity or with psychosis, bipolar disorder or serious drug abuse.

Patients were randomised to either:

It’s been noted that exercise programmes tested in previous studies have not always been pragmatic interventions that could be used in primary care. This study developed a physical activity intervention that was designed to encourage autonomy and provide choice for the participants. A trained Physical Activity Facilitator (PAF) met the participants on up to 3 occasions for face-to-face sessions and had telephone contact for up to a further 10 sessions. The intervention was designed to last about 6–8 months.

Quantitative and qualitative outcomes were measured, including:

We can be confident in concluding that our physical activity intervention does not benefit outcome in depressive illness when used as an adjunct to usual care and it is very unlikely to be a cost-effective intervention. Therefore, we think it unlikely that advising patients with depression will improve their outcome.

The TREAD physical activity intervention did increase physical activity, an effect that lasted beyond the duration of the intervention. Our approach was patient centred, putting emphasis on choice and autonomy. It relied not simply upon giving advice or instruction but upon a range of behaviour change techniques. These might well offer GPs and other health professionals different methods of helping patients to increase activity when indicated.