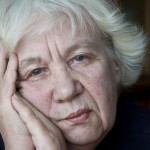 The hormone oestrogen could play an important role in late-life depression, according to new research published in the August issue of the British Journal of Psychiatry.

Oestrogen is best known as one of the significant hormones in reproduction. It is also believed to have a part to play in mood and mental health, because of the way that it acts on cells in the brain.

Researchers in France conducted a scientific study to investigate whether certain genetic variations, or ‘polymorphisms’, of oestrogen receptors were associated with severe depression in later life.

The team assessed 6,017 men and women over the age of 65, who were living in three French cities: Bordeaux, Dijon and Montpelier. Each person was interviewed to assess if they had a diagnosis of depression. Overall, 12.2% of women and 4.3% of men were diagnosed with current severe depression.

The team also took a blood sample from each person, which was analysed to determine their oestrogen receptor polymorphism type. Polymorphism type was ascertained using polymerase chain reaction (PCR), a technique which reveals details about DNA structure.

The study found that women with certain genetic variants of the oestrogen receptor, known as ER-a polymorphisms, were significantly more likely to have late-life depression. Some women with the ER-b rs1256049 polymorphism were also at increased risk of depression, but only those who were not currently using hormone replacement treatment.

The researchers found no strong associations between oestrogen receptor polymorphisms and depression risk in men.

The reasons for the association between some oestrogen receptor polymorphisms and depression are still unclear. However, oestrogen receptors can affect hundreds of genes, which in turn are involved in the production and breakdown of various chemicals in the brain which play a role in depression.

We found that polymorphisms of ER-a are associated with depression in older women. In addition, there is some evidence that taking hormone treatment can reduce the risk of depression in women with the ER-β rs1256049 polymorphism. Although more research is needed, our findings provide some preliminary evidence that hormone treatment could be beneficial for some women who are genetically vulnerable to severe late-life depression.

Last reply was August 1, 2011
Try out our members features!