Home » Posts » Mental health » depression » Nature vs. nurture: the case of depression. How do your genetic make up and life experiences affect your chances of developing depression? 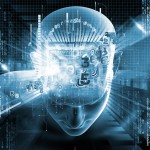 One of the first lectures I attended at Medical School was an introduction to the “nature vs. nurture” debate. I recall the general consensus was a bit of both, however it wasn’t until many years later and well into my public health career that I began to see the value of this perspective in improving population health.

It’s all very well to recognise that if we could only improve the living environment then everyone would be healthy and happier, however the principles of public health genetics as defined by the Centre for Disease Control (CDC, 2013) specifically recognise the importance of the interaction between genes and behaviour – we must address the holistic nature of illness and health, medicine and salutogenesis (promoting health and well-being rather than treating illness) if we are to make the most of this emerging and expanding field.

Wichers et al have contributed to the debate with their 2012 study of the causal inter-relationship between negative life events and depression in female twins (Wichers, 2012).

536 adult female twins from an ongoing population twin study were selected. These studies are generally subject to various biases, particularly selection and volunteer biases, however this is probably as good as it’s going to get in this field of epidemiology and provides a good subject base.

The women were questioned on a series of lifetime events (including relationships, work, health, bereavement etc.) based on a standard list and followed up four times at 3 to 4 month intervals. These were rated on a five-point scale from very pleasant to very unpleasant. Depressive symptoms were also measured at the same time using a standard checklist. Best-fit models were constructed to describe the relationships found between negative life events and depression scores. The study itself is complex and certainly tested my residual knowledge of medical genetics. Once I had exercised my brain a little I understood the following:

Put simply, there are two ways by which your genetic make up can dictate whether or not you experience depressive symptoms.

This is maybe a little simplistic as ultimately the relationship between life events and depressive symptoms was shown to be complex and bi-directional. Nonetheless, from a public health perspective principles such as these generally have more utility than the minutiae. If we set aside the deeper scientific findings, it might also be useful to policy makers to consider these findings in the more dogmatic, recognised phenotypic context where:

As ever, we must ask ourselves “so what”? What does this mean, if anything, for healthcare and/or public health? Can we use these findings? Can we apply them? Do we just say this is very interesting but we await something we can do something with? Its not unreasonable that so many studies add the coda “more research is needed”, after all not many advances are made in Eureka moments, most follow a systematic and incremental research path which consolidates the key clinical elements of efficacy/effectiveness and safety (a la Phase 1/2/3/4 clinical trials).

If we put together the four points outlined above, we could surmise that three population level approaches might provide an evidence-based synergy, albeit one whose practical utility probably lies some years in the future: The relationship between deprivation and depression is not as simple as it may first seem.