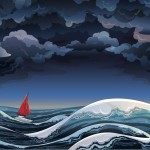 Amongst them, lithium (a mood-stabiliser used in the treatment of bipolar disorders) as well as atypical antipsychotics (AAPs, indicated for psychotic disorders, such as schizophrenia) have been successfully tried. However, there are currently no systematic comparisons between those augmentation options, which further complicated TRD.

The authors obtained data from all major databases, such as the Cochrane Central Register of Controlled Trials and Medline. Furthermore, drug manufacturers were contacted for additional data.

Clinical efficacy was assessed on the basis of twelve randomised controlled trials (RCTs), while 17 studies that assessed the quality of life and four studies that related to the economic impact were included.

RCTs had employed fluoxetine as the SSRI (the most commonly prescribed class of antidepressants) and olanzapine as the AAP. Odds ratio (OR) and associated 95% credible intervals (a statistic that is similar to confidence intervals, but takes a priori information into consideration). Compared to olanzapine, augmentation with lithium resulted in financial and QALY benefits

In general, the authors note heterogeneity in the definition of both treatment-resistant depression as well clinical outcome. Additionally, patient characteristics varied considerably across studies, which likely introduced non-systematic variation in the analysis.

Fluoxetine was the only SSRI and olanzapine the only AAP, limiting generalizability of the results. It has been argued that, rather than representing a single class, AAPs comprise different drugs, each with individual risks and benefits. Olanzapine, for instance, is arguably the drug with the worst metabolic profile, including weight gain and increased risk of acquired diabetes. An earlier meta-analysis (Franco & Figueira, 2010) reported a non-significant advantage of quetiapine augmentation compared with lithium, which is in contrast to Edwards et al. (2013) and suggests different AAP might compare more favourably to lithium. Comparison of lithium augmentation vs. SSRI alone is based on a patient subgroup from only one RCT, which, together with the fact that lithium and olanzapine augmentation did not differ significantly, suggests that this might due to statistical reasons.

No information was available on relapse or mortality from the primary studies, which is unfortunate given that depression can be a highly recurrent disorder.

Augmentation of SSRIs with lithium or AAP is likely to beneficial in people with TRD. Clinical evaluation based on the limited evidence identified in this research indicated no statistically significant difference between the two augmentation strategies. Cost-effectiveness analyses suggest that augmentation is less expensive and more effective than augmentation with AAP.

Edwards et al. (2013) fail to provide conclusive evidence that either olanzapine or lithium augmentation is more effective. While only olanzapine augmentation was statistically superior to SSRI monotherapy, shortage of data complicates any straightforward conclusions. Since this review carefully suggests that lithium might be the more cost-effective choice for practitioners, with at least equal tolerability for their patients, further research is needed to help clinicians make more informed choices.