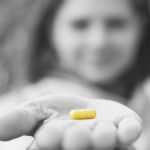 Following the media coverage of the NHS statistics published last week that reported a large rise in antidepressant prescribing, Martin Brunet (a GP from Surrey and author of the excellent Binscombe Doctor Blog) has written an opinion piece that explores the positive and negative aspects of this complex story:

“Are GPs prescribing antidepressants too readily?” This is the title of the Today programme article on Radio 4 which went out on Thursday morning. Clare Gerada, Chair of the Royal College of General Practitioners, was invited onto the programme to defend the case of GPs. She made several important points in the interview, but one in particular stood out for me: That there is an underlying betrayal of stigma in the very way this question is being asked.

Dr Gerada rightly pointed out that the assumption inherent in the way the article was presented, and in John Humphries’ questioning, was that increased use of antidepressants must be a problem. Of course, it might be something to be concerned about, but we need to ask why antidepressants are so often presented in such a negative light. Had there been an increase in the prescribing of statins, for instance, GPs would be congratulated for tackling the challenge of heart disease so effectively; were there to be a rise in the number of women having surgery following breast cancer screening, the country would be applauding the increased use of resources in the fight against disease. For antidepressants, however, we are left to deal with headlines like “Prozac nation” and “Happy Pills“.

I am not concerned that GPs might be blamed for this – as a profession we are used to being knocked by the press and can deal with it – but I do worry about anyone suffering from depression who is either taking antidepressants, or thinking about taking them. It is only natural to translate what is happening nationally down to the individual level: If it is bad for the country to be taking so many antidepressants then is it bad for me?

Mark Easton’s report raises some important questions, and we should not be afraid to ask them. There has certainly been a considerable increase in the number of prescriptions for these medications in the last decade.  Maybe they are being prescribed too often, but this is just one of many possible explanations, and it is likely that the truth is a complex mixture of many factors.

For starters, the research looks at the number of prescriptions, not the number of tablets. 10 years ago our practice frequently gave prescriptions for 3 months at a time whereas now we have tightened up on this considerably to reduce waste, and give no more than 2 months worth – well that is a 33% increase in prescriptions at a stroke. Perhaps the data reveals to us underlying social concerns – if increased prescribing means a higher incidence of depression what does this mean for where our society is heading? Or are we just getting better at diagnosing depression? GPs are criticised often enough for failing to diagnose sufficiently quickly, maybe we are just getting this one right?

The most positive interpretation of these findings is to consider that maybe, at last, people are willing to go and see their doctor when they become unwell with this debilitating illness. Perhaps we are actually breaking down some of the stigma, getting the message through that depression can be treated, and deconstructing the mythology around the use of antidepressants which we inherited when Prozac was so inaccurately introduced to the nation as a ‘lifestyle drug’ all those years ago.

More of a concern is that, despite Government promises of extra resources being poured into talking therapies in the Improving Access to Psychological Therapies initiative, I have patients who have been waiting over a year to see a counsellor. In Surrey the counselling service is in its worst state than at any other time I have known it over the last 10 years. Any wait over three months becomes a treatment for trying to help someone stay well, rather than something that might get them well. If I am reduced to only one treatment for a certain condition, don’t be too surprised if I use it.

The decision to use antidepressants is a complex one, which requires careful consideration by doctor and patient working together, balancing benefits against harms. Medication is certainly no cure for unhappiness, but it is an effective treatment for a distressing illness, and deserves to be freed from the shadow of stigma. And what we must remember is that, unlike drugs like statins, behind each and every one of those prescriptions is a person who actually feels unwell – this is good old-fashioned doctoring in action, that outdated notion of trying to heal the sick.

Last reply was January 25, 2013
Try out our members features!