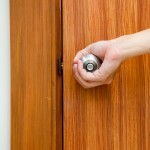 The NHS Information Centre have published the first set of key performance indicators for the programme, which aim to provide the Department of Health, IAPT services, commissioners and members of the public with information on how IAPT services are performing.

The 4-year vision for the programme was set out in February 2011 when the following objectives were set by the Department of Health:

From April 2011 the following indicators are being used to measure improvement:

The NHS Information Centre have published the Q1 results (Apr-Jun 2011) and the key facts are as follows:

The Information Centre website features various datasets and analysis spreadsheets as well as the report summary itself, for those who are interested in further detail.

Last reply was December 21, 2011
Try out our members features!