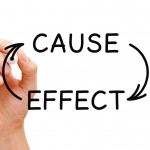 Some headlines reporting on this research have been a little inflammatory to say the least. This is a headline from The Daily Telegraph article written by @sarahknapton, Science Editor: “Depression to blame for 32,000 violent crimes a year, says Oxford University.”

To make a clear association between depression and violent crime, Fazel and colleagues at the University of Oxford Department of Psychiatry conducted two studies using data from Sweden. Apparently Sweden isn’t the utopia I imagined and they actually have similar levels of crime to the USA and Australia.

What is “Violent Crime”?

This was anyone on the Swedish national crime register convicted of one or more of the following: 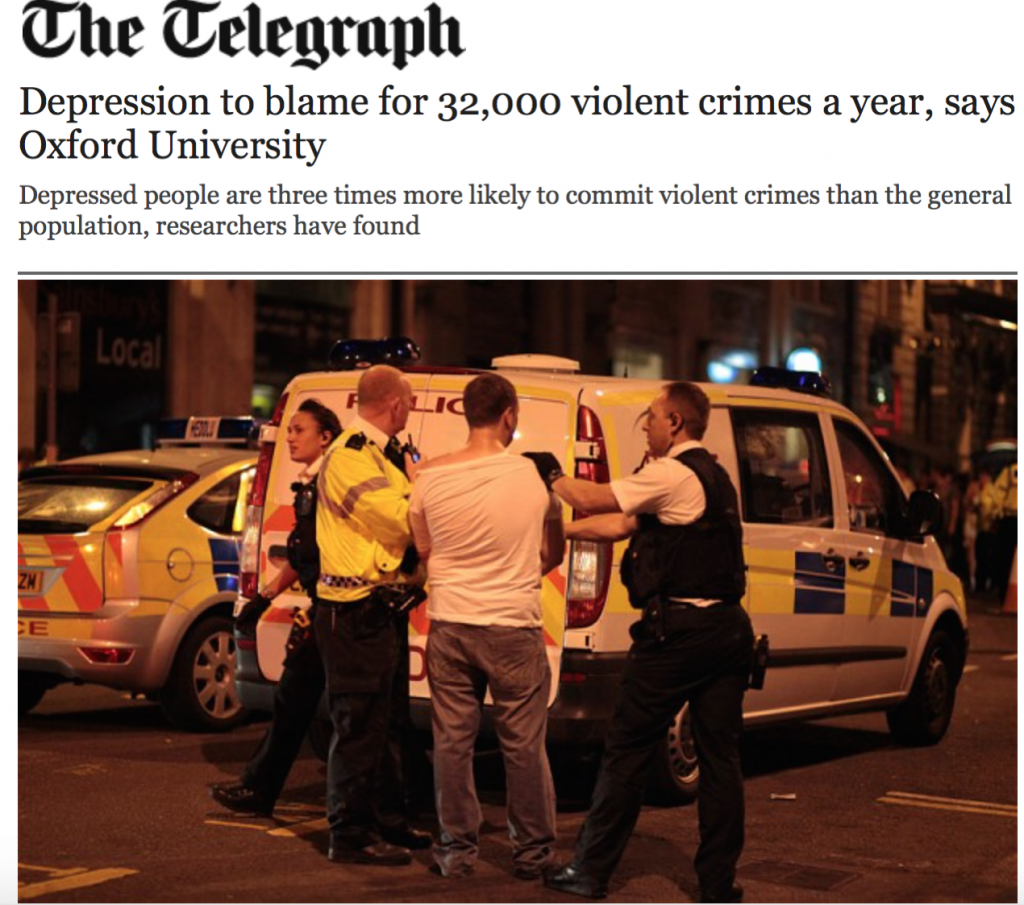 The Telegraph headline suggested a direct causal relationship between depression and violent crime.

This involved 5 registers containing information on health, family, death and crime. Each person has a unique number that identifies and connects them across the registers (a little “Big Brother” but handy for population research).

The selection criteria produced 47,158 people with depression based on:

On average those with depression were followed up for 3 years.

Each of these people with depression was then compared to up 20 people who were of the same sex and a similar age from a sample of 898,454 non-depressed people.

They also looked at the rates of violent crime within a sample of 15,534 half-siblings and 33,516 full-siblings with depression and compared them with the general population.

Rates of depression amongst this sample was determined by their responses to questionnaire (the sCESD), which they filled out back in 2005.

Any criminal behaviour was then followed up via the Crime Register. 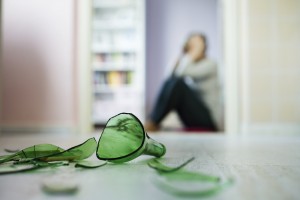 These ingeniously designed studies included sensitivity analyses that allowed the authors to adjust for a variety of confounders, including substance abuse comorbidity.

The following rates of violent crime were reported:

Effect of depression on rate of violent crime

When the results were analysed the researchers removed the effects of low income, immigrant status, history of self-harm, criminal record, and drug and alcohol misuse. We’d expect these to play a role in violent crime so it was important to remove their effect.

After removing the above factors the researchers produced an odds ratio of 3.0 (with 95% confidence intervals of 2.8 to 3.3). This means that those with depression were three times more likely to have been convicted of violent crime than those without depression.

Three times?! It sounds a lot, but remember this is the relative risk (only 3.7% of men and 0.5% of women with depression were actually convicted of violent crime) and the absolute risk remains quite low for men and very low for women.

The rate of violent crime amongst those with depression is dependent on other, related risk factors:

This clearly shows that significant risks of violent crime are limited to a subtype of people with depression. 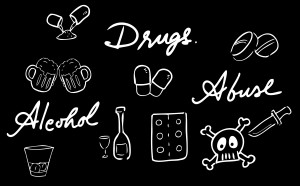 Study participants with depression and a history of violent crime, substance abuse or self-harm, were significantly more likely to commit violent crime during the 3-year follow-up.

After controlling for demographic factors like family income, the likelihood of violent crime amongst siblings of those with depression was significantly higher than those in the general population:

The authors suggested family connection may therefore play a role in the relationship between depression and violent crime, but the association goes beyond the early environmental and genetic factors shared by siblings.

Findings from the “Twin Study”

In the Twin Study there were 88 violent crimes in 5.4 years of follow-up. The researchers found that any crime was significantly associated with increased depressive symptoms. This was a hazard ratio of 1.09 (95% confidence intervals 1.06 to 1.13).

The magnitude of the effects, certainly when compared with those for self-harm in the same population, suggest that assessment of the risk of violence should be considered routinely for some individuals with clinical depression and potentially included more consistently in clinical guidelines. 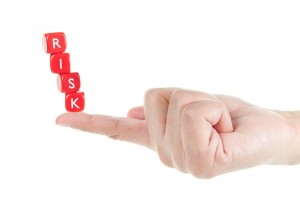 Should clinical guidelines recommend violence risk assessment in some groups of people with depression?

The authors point out some limitations which mean we must be cautious about what we take from the findings:

Prof Joe Herber, Emeritus Professor of Neuroscience, University of Cambridge, points out several other limitations not included by the researchers: 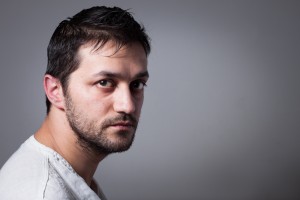 It’s worth noting that patients in this study had an outpatient diagnosis of depression in secondary or tertiary care.

Although this study seems reliable and valid, we have to be clear that it is only an association and doesn’t prove that depression causes people to commit crimes. This difference doesn’t seem to be something that is appreciated or grasped by the media and audiences.

From looking at the headlines from this study, we can see how easily the media spin a press release to make a headline that captures attention but reinforces stigma.

I felt uncomfortable with the conclusions of this study (i.e. focusing on the need to routinely risk assess for violence in some subgroups of patients with depression) which seem to collude with the idea that those with mental health problems are the perpetrators rather than victims of social problems.

Finally, it’s worth putting the findings of this research in context with the results of other studies. Seena Fazel has been doing excellent work in this field for a number of years (Fazel et al, 2014; 2010; 2011) and so we can compare the adjusted odds ratios for violent crime in patients versus the general population for a number of mental health conditions (all statistically significant findings): 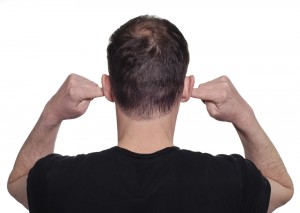 We can’t ignore the research that shows mental health service users are at increased risk of committing violent crime, even if this evidence does not fit comfortably with anti-stigma messages.