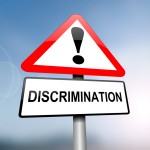 A new cross-sectional survey published in The Lancet has revealed some unsurprising but nonetheless sobering facts about how people with depression are stigmatised.

The research team, funded by money from the European Commission, interviewed 1,082 people with depression from 35 countries across the world. They used the discrimination and stigma scale (version 12; DISC-12) to measure discrimination and anticipated discrimination. They conducted a multivariable regression to analyse the data.

Our findings show that discrimination related to depression is widespread, and almost certainly acts as a barrier to an active social life and having a fair chance to get and keep a job for people with depression.

A great deal of the research in this area to date has focused on the attitudes of the general public to mental health and the stigma that these frequently cause. This new study is a welcome addition to our knowledge in the field and yet another reason to improve public education about depression and discrimination.

Last reply was October 23, 2012
Try out our members features!