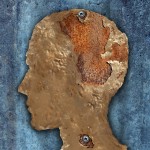 Dementia and affective disorders (such as depression and bipolar disorder) are usually considered to be completely unrelated afflictions. Yet a number of recent studies have suggested that the risk of developing dementia in later life may be increased for those who have had an affective disorder.

A number of systematic reviews have been undertaken to investigate the links between depression and the development of dementia in later life, but none have considered the effect of bipolar disorder. In pursuit of further investigating any potential links, a group of researchers from Universidade Nova de Lisboa, Portugal and Newcastle University, UK conducted a systematic review of their own.

This systematic review featured cohort and case-control studies which addressed the risk of individuals with depression and/or bipolar disorder developing dementia.

One individual reviewed a total of 147 relevant publications, with a total of 51 studies passing the inclusion and exclusion criteria. Roughly 30% of the studies were also examined by a second author. Of those included, all 51 studies considered depression and five also focused on bipolar disorder. This is therefore thought to be the first systematic review to consider the role of bipolar disorder as a potential risk factor for dementia. The authors concluded that their results:

Support a link between affective disorders and the later development of dementia, especially in men and in people with recurrent depressive disorder.

The initial conclusion appears to be consistent with the data, though I would disagree with their belief that the effect is especially found in men on grounds of insufficient data.

Current hypotheses for the link between affective disorders and dementia were also considered, these were:

The authors conclude that for the data could be consistent with the first two both being the case, though stop short of fully endorsing them. In regards to the final hypothesis, they agree that this is likely but also suggest that the opposite could be true. It is proposed that individuals with depression are more likely to have a delayed diagnosis of dementia due to symptoms being associated with a particular treatment or complication of depression instead.

Significant limitations were present throughout this study, some of which were highlighted by the authors. Those particularly of note were the: This review can reasonably be considered to support the increased risk of individuals with depression developing certain forms of dementia, and hints at a similar relationship with bipolar disorder. It is unclear as to whether there is a gender difference involved, but it does appear to be clear that a more severe form of depression leads to a higher risk. The cause of such a link is uncertain with the data both being consistent with most hypotheses.

Future research should identify whether the existence of further mental disorders is likely to lead to an increased risk of developing dementia. If such an increased risk exists across many disorders, it may imply that it is the result of improved diagnosis in individuals already known to healthcare providers rather than a biological link. Clarification is also needed in regards to any potential gender differences and more investigation is needed in regards to bipolar disorder.

For now healthcare providers should be aware that individuals with a history of depression or bipolar disorder may be more likely to also develop certain forms of dementia. However, the finer details of such an association are currently unclear.