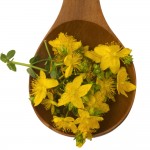 Herbal medicines often represent a cheaper alternative, or a low-cost complement, to standard pharmacotherapy. As a result, improved cost-effectiveness is often touted as a likely benefit of the use of complementary and alternative medicine (CAM).

Many, myself included, have been openly critical of CAM research, while others have suggested ways in which CAM research could be improved. As with studies of efficacy and effectiveness, there is a lack of good quality evidence regarding the cost-effectiveness of CAM-based interventions.

St. John’s wort (SJW) is a herbal medicine, most widely associated with the treatment of depression. Millions use it in the UK. A Cochrane review of its use for major depression has found it to be superior to placebo (Linde et al, 2008); a credential that few CAM treatments can claim. However, there remains a lack of evidence regarding the cost-effectiveness of the intervention.

A recent study by Solomon, Adams and Graves, published in the Journal of Affective Disorders (Solomon et al, 2013), attempts to begin filling the gap. We thought it well worth the elves having a look at this study and exploring the cost-effectiveness of St. John’s wort for the treatment of depression. The study carries out a model-based economic evaluation of St. John’s wort compared with antidepressants for the treatment of acute mild to moderate depression. This approach synthesises data from different sources to answer questions about cost-effectiveness that have not previously been answered by prospective trials.

The study employs a Markov model, which requires that patients can be defined as being in one of a finite number of ‘states’, and that the probability of transition from one state to another is constant across all individuals within that state, regardless of their history. In this study the authors define 3 possible health states – depressive episode, response and remission – as shown in Fig. 1.

The model evaluates 3 possible courses of treatment; SJW, venlafaxine or sertraline. Each of these is associated with different probabilities of transition between the depression states and different costs.

The cost of SJW, venlafaxine and sertraline is 0.70, 1.35 and 0.75 $AUS per day respectively, and costs are estimated from the perspective of the national health provider.

The primary outcome is quality adjusted life years (QALYs), which are defined by the model states and are assumed constant across the treatment arms. The comparative benefit of treatment is defined by response rates, remission rates, relapse rates and adverse effects.

Results indicate that SJW dominates – that is to say is cheaper and more effective than – antidepressants. Having carried out a probabilistic sensitivity analysis the authors assert that: Though the study is reasonably well reported it has a number of limitations. While it’s clear that the direct costs of SJW are lower, any indirect costs or savings to the health service remain unknown

Unfortunately this study is unable to identify, with any confidence, the likely incremental cost differences associated with the use of SJW. This is due in large part to the availability of data; the predictive validity of a model is wholly dependent on the availability of good data. While we know that the direct cost of SJW is lower than that for traditional antidepressants, there are no data available regarding the possible indirect costs of SJW. As such, the model must depend on inferences and assumptions about service use. These questions can only be answered by a prospective trial-based cost-effectiveness analysis.

It is reasonable to expect that the model used in this study, employing different assumptions, could produce entirely contradictory results. This is because the model is not comprehensive. Not only are there many other antidepressants aside from the two considered here, and non-pharmaceutical therapies, but there is also a wide array of SJW products. There are also many other relevant service use parameters that could have been included, such as inpatient care or contacts with community mental health teams, which could substantially alter the results.

Though no model can ever be definitive or entirely depended upon for policy decisions, there remains scope for a more comprehensive modelling study of the cost-effectiveness of SJW compared with alternative lines of treatment. Such a model would be greatly enhanced by a prospective trial of the cost-effectiveness of SJW, which could thoroughly capture the direct and indirect costs of treatment. Hopefully this is something on which the elves can report in the future.

Sampson, C.J., Whitehurst, D.G. and Street, A. Do patients registered with CAM-trained GPs really use fewer health care resources and live longer? A response to Kooreman and Baars. The European Journal of Health Economics 2013; 14(4): 703-705. [PubMed] [RePEc]