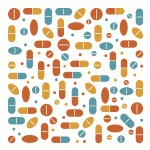 Research has shown that antidepressant use can lead to a non-significant increase in the risk of suicidal thoughts and behaviour in people aged under 25 (Stone et al, BMJ 2009). This subject rightly received a large amount of media coverage a few years ago and it remains an area where new studies can add to our knowledge and understanding.

A new retrospective cohort study published in the Journal of Clinical Psychopharmacology aims to investigate the risk of suicide in depressed adults who are taking different antidepressants. It’s a large study involving over half a million depressed patients using the US Department of Veterans Affairs Health System.

Patients with bipolar disorder and schizophrenia were excluded from the study.

The researchers gathered data on people who started treatment with 7 different antidepressants:

Data was analysed using a number of different methods: