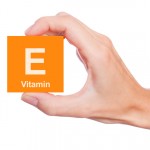 It was relatively recently that every Tom, Dick and Harry in the scientific community was popping vitamin E supplements in the hope that this antioxidant would help protect them from the damaging effects of free radicals.

Us elves get our vitamin E from the vegetables, fruits and whole grains that make up our naturally healthy diet. Many single studies were published in the 1990s that seemed to show that much higher doses of vitamin E (e.g. 2,000 IU/day) could help prevent major illnesses such as cancer, heart disease and stroke, as well as delaying cognitive decline and potentially preventing dementia.

An updated systematic review (with one new trial added) from the Cochrane Dementia and Cognitive Improvement Group has provided a fairly conclusive statement by saying that:

The reviewers searched a comprehensive range of databases, looking for unconfounded, double-blind, randomised trials in which treatment with vitamin E at any dose was compared with placebo for patients with Alzheimer’s dementia and mild cognitive impairment.

Disappointingly, they only found 3 studies that met their inclusion criteria and could be included in their analysis; two which investigated Alzheimer’s dementia and the third which looked at mild cognitive impairment.

The studies showed no or limited benefit for the use of vitamin E to prevent or treat Alzheimer’s dementia and mild cognitive impairment.

It’s also worth noting that recent evidence has shown that high doses of vitamin E may be associated with potentially serious side-effects and even increased mortality. One such mechanism is that vitamin E diminishes the clotting tendency of blood.