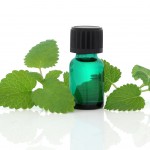 It has been widely reported that antipsychotics have been frequently used to treat the behavioural and psychological symptoms that affect people with dementia and that this course of action has resulted in an estimated 1,800 excess strokes and 1,600 excess deaths in the UK alone.  This double-blind, parallel-group, placebo-controlled randomised trial looks at one of the potential alternative treatments: aromatherapy with melissa oil.

The aim of the trial was to assess the efficacy of melissa aromatherapy in the treatment of agitation in people with Alzheimer’s disease in an adequately powered and robustly blinded randomised controlled trial comparing it with donepezil, an anticholinesterase drug used with some benefit to treat behavioural and psychological symptoms.

The research was led by a team from Manchester University, drawing patients from 3 specialist old age psychiatry centres in England.  Participants in the trial had to meet the following criteria:

Participants were randomly allocated to 1 of 3 interventions:

Last reply was October 15, 2018
Try out our members features!