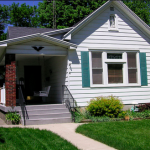 There are many things which can make it difficult for a person with dementia to live at home. Most people with dementia are older adults, which increases the likelhood of having some medical or physical conditions, such as vascular problems or frequent falls. Add on top of that reduced independence and the possible struggle to prepare a meal or dress yourself, and you have a combination of difficulties which can make it difficult to stay at home alone or with a family carer.

That’s not to say that people with dementia experience all these symptoms early on, but they do become more pronounced as the disease progresses, in some people earlier than in others (i.e. Giebel et al., 2014). Therefore, helping people with dementia live at home for longer is really important, and is picked up in the Prime Minister’s Challenge on Dementia 2020 (DH, 2015).

For some people that entails health care assistance in the home, whilst for others that means a greater focus on social care services. And for some it means both.

In this blog I am looking at a recently published, although based on 10-year-old data, US study on the effects of house calls on health and social care in people with dementia.

Wilson and Bachman (2015) specifically evaluated the effects of house calls in people using the US Medicare programme on health and social care usage. The Medicare programme uses nurses who are collaborating with physicians and non-clinical care managers to offer coordinated care. This form of care coordination follows patients into any setting, such as hospital or nursing home, and continues with their care after they return home, if they do. Apart from house calls, nurses also provide medication and ordering supplies.

The purpose of the House Calls model is to avoid hospitalisation where possible and maintain individuals at home for as long as possible. Considering the high costs associated with dependence and its often resulting nursing home admission (Jones et al., 2014), relevant to most people with dementia, but also to some very frail older adults, any home-based care services are important and need to be as beneficial and cost-effective as possible. 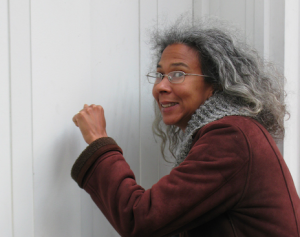 The researchers used a case control methodology and based their study on a three-year data base from 2004-2006 on Medicare eligibility, usage, and payment. They note that

The case group included all ‘traditional’ or ‘original’ Medicare (fee-for-service) patients enrolled in the House Calls program during the study period (2004–2006). The control group comprised an equivalent sample enrolled in Medicare and selected from the JEN Associates database, but not participating in House Calls, during the same time period (272 cases and 832 controls). 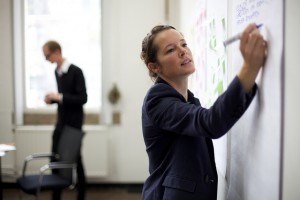 The researchers used data on Medicare eligibility, usage and payment

Overall, the study shows two things. First, cases who paid for house calls were significantly more likely to pay for home health or hospice than controls. Second, neither group received much social care.

Cases with dementia were significantly more likely to have home health and hospice expenditures than controls, suggesting potential for the program to improve end-of-life care. Very few cases or controls had any social service expenditures. Social workers should advocate for the expanded role of home-based care for older adults with dementia and for increased Medicare reimbursement of social work services. 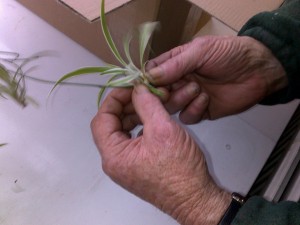 People with dementia were more likely to have home health or hospice expenditure, but less likely to use social services

I struggled to find the benefits of this study. It is probably to be expected that those paying for house calls are also more likely to have the funds to pay for home health and hospice, as opposed to controls. But where are the outcome measures?

It would have been interesting to see how the house calls might have benefited the people’s health or quality of life also to add some richness to the data. However, that has been lacking from this descriptive service analysis. Also, the datasets are very old, and published with a delay of nearly 10 years of data collection. It begs the question why the study has not been published before?

One of the strengths of the data is that the authors included and reported on the proportion of people with an ethnic minority background. In fact, many studies only focus on White Caucasians due to feasibility of recruitment for instance.

This is a very straightforward, and possibly too simple study. I really would have liked to see some more data, and specifically outcome data. It seems as if this analysis was more of an after-thought, shown by the age of the data and the lack of richness. 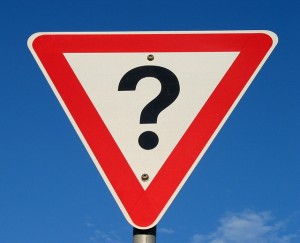 Is this a very straightforward, but possibly too simple, study?