Home » Posts » Mental health » dementia » Exercise may help reduce falls in older people with dementia, but does the burden outweigh the benefit? 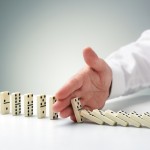 Cognitive decline and functional deterioration are core features of dementia. While falls are common in older people, this risk increases in older people living with dementia (PLWD), with 50-80% recorded to fall in a 12-month period, with poorer recovery, and an increased risk of fractures, hospitalisation and long-term care.

Some group and home-based exercises programmes, focused on strength, balance and endurance, have been found to decrease the rate of falls in older people with no cognitive impairment with a history of falling.

However, fewer studies have investigated the effectiveness of these programmes among PLWD who are still living at home, which is the focus of this systematic review and meta-analysis by Burton and colleagues (2015). 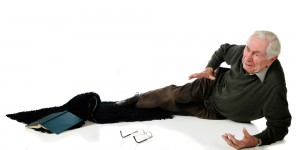 Burton and colleagues included any peer-reviewed articles (randomised controlled trials [RCTs] and quasi-experimental trials) published between 2000 and 2014, which included:

The studies had to investigate the effectiveness of exercise programmes targeting reducing risk of falls. Where possible, results were then pooled and meta-analyses were conducted.

There was a large variation in the number of participants, with between 22 to 210 participants across the four studies.

In all 4 studies, there was an individualised home-exercise condition, assessed and monitored by health professionals, as compared with usual community care. Pitkala and colleagues also included a group-based exercise programme. Programmes included lower limb strengthening and weight bearing, walking, balance exercises, and one used an evidence-based exercise programme called ‘Otaga’.

There were a wide range of measurements across the studies:

Assessed using the Cochrane Collaboration’s established protocol for assessing study quality, the three RCTs were judged to have a low risk of bias.

Some methodological weaknesses were identified for the pilot study due to the single group pre-and post-test.

The results were mixed: 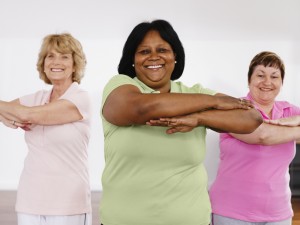 The meta-analysis found that exercise reduced the risk of falling by 32%, but more research is needed before this can be considered a reliable finding.

the meta-analyses demonstrated that exercise programs could potentially reduce falls for older people with dementia living in the community.

However, they highlighted that these results should be treated with caution, given small sample sizes across the studies, inconsistencies between the interventions and differences in outcome measures used.

So, what now? Concerns were raised by the authors that the studies did not always meet the recommendations made by ProFraNe (a 2005 international working group looking at falls prevention), which highlighted the need for improved definitions and standardisation of key measures between fall prevention studies. Indeed, only one study had a 12-month follow-up and only two included definitions of falls, with falls measured in different ways across the board. Future research should involve adequately powered trials with larger sample sizes, standardised measurement outcomes and longer follow-up periods.

These studies should get us thinking about modifying exercise programmes for people with dementia, and the tentative evidence suggests a potential to implement structured exercise programmes in the community, by engaging carers and having regular contact with professionals.

As a clinician in a memory service, I really agree with the highlighted concerns in considering the level of carer involvement required to ensure safe and regular exercise, on top of the many other things carers do for their loved ones. Again and again the need for caregiver input to support the programmes was highlighted, and a trend toward increased carer burden in the intervention group was reported by Wesson and colleagues, with one-third discontinuing due to caregiver health or burden (Suttanon et al). 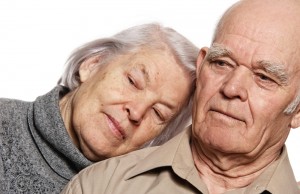 So, in trying to increase physical ability to reduce falls and the need for hospitalisation or care, programmes may actually increase carer burden, and consequently increase the risk of admission!

The review concluded that:

The programme can be undertaken either at home, in a group at a community centre, or in a gymnasium.

Now, if indeed a group session can be beneficial to reduce falls (although the findings here do not conclusively indicate this as yet), then an embedded group session in a day centre could serve as respite and be part of a system that reduces the burden for carers, rather than increasing it (Mackintosh & Sheppard, 2005) and integrate couples into enjoyable activities (e.g. the Movement for the Mind club run in Wiltshire), the community and services.

Interestingly, the group intervention was found to decrease the use of health and social services, probably because of the respite it provided for carers (Pitkala et al). Longer follow ups, with integrated carer support and education programmes, may help us to understand if over time a reduced risk of falls can increase independence in PLWD, and maybe even help to decrease carer burden.