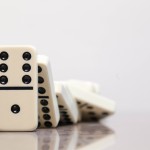 The DOMINO-AD trial (Jones et al, 2009) was a pragmatic multi-centre randomised trial with the primary aim of identifying the best treatment options for those living at home with moderate to severe Alzheimer’s Disease dementia (AD).

Currently the most commonly prescribed cholinesterase inhibitor Donepezil (Aricept) is only licensed for treating those with mild to moderate AD. The evidence suggests its effectiveness is very slight in terms of cognitive and functional outcomes for those with more severe symptoms, so it is often discontinued as the disease progresses. Memantine is a glutamate agonist and works differently. It is widely prescribed as an alternative to cholinesterase inhibitors, and for more severe symptoms. 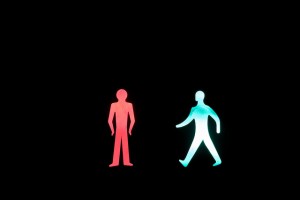 Underpowered for the primary outcomes

DOMINO-AD had a planned sample size of 800 with the power to show differences in two primary outcomes assessed over one year:

Although the original planned sample size was 800, this was adjusted to 430 after an interim blinded analysis of accrued data. The final number randomised was 295 because of slower than expected recruitment. The reason given for accepting the 30% shortfall in participants in the primary report (Howard, 2012) was that:

…the public funder of the study (Medical Research Council) believed that the disadvantages of a delay in reporting results outweighed the benefits of increasing the power of the study.

Participants in the trial were all living at home, and were already taking Donepezil. They were eligible if they had moderate to severe dementia measured using the SMMSE.

The 295 participants were recruited and randomised to four groups between February 2008 and March 2010:

The results of the study in terms of the primary outcomes (Howard, 2012) showed that those who continued with Donepezil scored higher on the SMMSE by an average of 1.9 points. The minimum clinically important difference had been determined as 1.4 in a previous study (Howard, 2010).

The results also showed that those who continued with Donepezil had a lower score on BADLS (indicating less impairment) of 3.0 points. The minimum clinically important difference was determined as 3.5.

I don’t understand how you can make a judgement about the minimally important clinical difference based on this type of measurement. Surely the importance of the size of the difference depends on where you are on the scale to begin with.

In October 2015 the DOMINO-AD team published an article in The Lancet Neurology (Howard, 2015) reporting the results of one of the secondary outcomes – the effect of discontinuation of drug treatment on nursing home placement over a year. They followed up participants over the next 3 years. The last participant completed follow up in April 2014.

The results of this secondary and post-hoc analysis showed that:

Withdrawal of Donepezil increased the risk of nursing home placement over 12 months, but not over the following three years.

The presence or absence of Memantine appeared to have no effect.

An accompanying commentary by Anders Wimo (Wimo, 2015) welcomes the results but questions, as I do, the fact that nursing home placement is a secondary outcome. DOMINO-AD describes itself as a pragmatic phase 4 trial. So why was the “real life” outcome of nursing home placement not a primary outcome? It is something that really matters to patients and carers, and has a big impact on service providers, resource use and on society. It can also be measured very easily.

Annual assessments, short case report forms and simple measurements of function can be a realistic option for pragmatic randomised trials.

I hope that this paper will prompt clinicians to think about the risks of automatically withdrawing Donepezil when dementia symptoms become moderate to severe. I also hope carers will find the findings empowering and will facilitate well-informed shared decision making.

However, the increased burden faced by informal carers living in the community when dementia symptoms worsen is an important consideration, and should also be measured as a primary outcome in future trials looking at the effects of treatments for Alzheimer’s Disease. 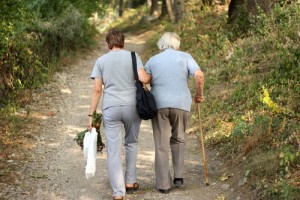 Dementia carer burden should be a primary outcome in future trials.