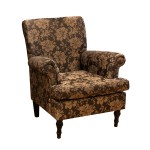 Regular readers may recall previous blogs where I have written about the dangers associated with antipsychotic drugs in elderly patients. Many of you have responded simply and emotionally on Twitter by saying: “Stop prescribing these drugs!” Others have recognised that the issue is far from clear cut as a fair proportion of patients do have a need for drug treatment and so the clinical decision is all about weighing up the benefits and harms of this powerful medication.

Systematic reviews and randomised trials would normally be the publication types us elves would scurry away to collect when we’re looking to investigate the comparative safety of individual drugs, but unfortunately those are thin on the ground in this subject area.

However, a new population based cohort study has recently been published in the BMJ that will be of interest to clinicians responsible for prescribing antipsychotics to elderly people. It involved 75,445 new users of various antipsychotics drugs (haloperidol, aripiprazole, olanzapine, quetiapine, risperidone, ziprasidone), all living in US nursing homes, all aged ≥65.

The authors note that almost a third of elderly nursing home patients are given antipsychotic drugs. They set out to investigate the risk of overall and cause-specific mortality, to see if it was equal across all antipsychotics or whether there are particular drugs with safety advantages that should be prescribed preferentially in older residents of nursing homes.

Though these findings cannot prove causality, and we cannot rule out the possibility of residual confounding, they provide more evidence of the risk of using these drugs in older patients, reinforcing the concept that they should not be used in the absence of clear need. The data suggest that the risk of mortality with these drugs is generally increased with higher doses and seems to be highest for haloperidol and least for quetiapine.

So why are doctors continuing to prescribe antipsychotics to people with behavioural problems and dementia?

A small study by Wood-Mitchell et al left readers with a number of questions to consider:

Wood-Mitchell A, James IA, Waterworth A, Swann A, Ballard C. Factors influencing the prescribing of medications by old age psychiatrists for behavioural and psychological symptoms of dementia: a qualitative study. Age Ageing 2008;37:547-52.