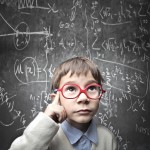 Bipolar disorder is a term applied to conditions that are characterised by extreme mood swings.  These swings in mood range from periods of overactive excited behaviour (known as mania) to deep depression. Some people also see or hear things that others around them don’t (known as having visual or auditory hallucinations) or have strange, unshared, beliefs (known as delusions).

Treatment of bipolar disorder usually involves medication aimed at controlling mania (lithium, antipsychotics, sodium valproate) or treating the depressive mood (antidepressants). Psychological treatments include: education (learning about the condition and how to control it); mood monitoring (learning to notice when mood is starting to change); strategies (to stop moods becoming out of control); and Cognitive Behavioural Therapy (CBT) for depression. Bipolar disorder affects about 1:100 people. Functional remediation has been shown to be effective in schizophrenia, but this new research investigates how well it works for people with bipolar disorder

Most recently attention has been given to developing therapies which attempt to treat neurocognitive impairment (a decline in brain functioning performance, affecting: attention and concentration; executive function; information processing speed; language; visuospatial skill; psychomotor ability; learning; and memory), which is experienced by about half of those with bipolar disorder.

As neurocognitive impairment impacts on daily functioning, it seems logical that treatments that address such deficiencies would improve everyday functioning in bipolar disorder patients.

Functional remediation has been shown to be effective with schizophrenia (Wykes et al. 2011) and an open label study has suggested it might be of benefit for bipolar disorder patients (Deckersbach et al. 2010).

The findings of a Spanish multicentre (Torrent el al. 2013), randomised, rater-blind, clinical trial have recently been published. The authors attempted to demonstrate the efficacy of functional remediation on patients with bipolar disorder who were in remission.

The study compared three treatments in 239 patients with bipolar I or II disorder: Bipolar disorder is a term given to a spectrum of mood swing disorders. The disorder has profound and far-reaching impact on the sufferer and on those in contact with people with bipolar disorder. In addition, bipolar disorder is the 6th leading cause of disability worldwide, with concomitant global financial burden implications. Any treatment that helps those with the better function is therefore of great importance. This study shows some promise for the use of functional remediation in the treatment of euthymic bipolar disorder patients.

The study does however have its limitations. The inclusion of patients with bipolar I disorder (characterised by manic episodes) and bipolar II disorder (characterised by severe depressive episodes) pools two somewhat different variations of the disorder; the lack of detail as to the use of medication (type and dose) in the three treatment groups; the observation that functioning remediation was no better than Psychoeducation; the fact that the patients were in remission (at least 3 months) and the lack of long-term follow-up.

These shortcomings notwithstanding, functional remediation shows promise for enhancing functioning in patients with bipolar disorder and may, as the authors suggest:

…ultimately improve the outcome of patients suffering from bipolar disorder.