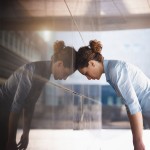 It seems logical that people who work long hours and have a stressful job are more likely to suffer from depression, yet epidemiological studies that have investigated the links between long working hours and depression have reported inconsistent findings.

The Whitehall II prospective cohort study followed nearly 3,000 British staff from across 20 civil service departments in London. The men and women in the study (all aged 35-55) were free from depression and anxiety symptoms at the start in 1997 and were followed up until 2004.

Working long hours is a risk factor for development of depressive and anxiety symptoms in women.

There are a number of potential weaknesses in this research that are worth highlighting:

So, hard working women the world over won’t find anything too surprising in this study, but it’s good to see a high quality piece of research confirm what Dolly’s been singing for years.  Although it’s those women that work from 8am to 7pm five days a week that are probably most at risk.  I guess ‘working 8 to 7’ doesn’t scan quite as well: