Home » Posts » Mental health » anxiety » Quetiapine monotherapy helps people with generalised anxiety disorder, but side effects may limit its use 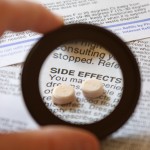 This systematic review examines the efficacy and tolerability of second-generation antipsychotics (SGAs) for generalised anxiety disorder as either:

The reviewers searched a range of sources for randomised controlled trials (RCT) and found 17 eligible studies in 2,459 individuals, of which 10 were double-blind RCTs and 7 were open label studies without comparators.

Existing data suggest that second-generation antipsychotics are not superior to placebo as augmentation for refractory generalised anxiety disorder.

Quetiapine monotherapy is more efficacious than placebo for uncomplicated generalised anxiety disorder, but issues with adverse effects and tolerability may limit its use.

Last reply was November 9, 2011
Try out our members features!