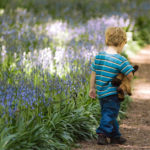 Social anxiety disorder is characterised by an intense fear of social situations, which is typically accompanied by fears of being negatively evaluated or scrutinised by others (Aderka et al., 2012; Hofmann, Asnaani, Vonk, Sawyer, & Fang, 2012). For affected individuals, social anxiety can occur across many types of social situations, including interacting with others, performing (e.g. giving a speech), eating in public, and so forth. In order to safeguard against fears of being negatively evaluated by others or potentially ridiculed, individuals with social anxiety may seek to withdraw from or avoid social events (Scott, Canton, & Glue, 2012). Consequently, social anxiety can lead to significant interpersonal difficulties and profound social isolation.

Social anxiety disorder (SAD) is the third most common mental illness; prevalence rates indicate that up to 4% of children and 9% of adolescents are affected (Beidel, Turner, & Morris, 1999; Scaini, Belotti, Ogliari, & Battaglia, 2016). It also has a very early onset, with studies demonstrating SAD in children as young as seven years of age (Beidel et al., 1999).

Social anxiety (SA) is conceptualised as existing on a spectrum in which social-related anxieties and fears exist along a continuum, normally distributed in the general population. The subthreshold symptoms of SA are associated with a diverse range of adverse interpersonal and functional outcomes and an increased risk of developing SAD (Scaini et al., 2016). Therefore, in order to develop evidence-based models for early intervention, it is important that research focus on identifying the potential risk factors underlining subthreshold SA symptoms. For example, social and communication difficulties (SC), including problems in social behaviour, social cognition (i.e. cognitive processes in social situations) and reciprocal social communication, are frequent in children with SA. Consequently, some have suggested SC difficulties are a potential risk factor in the development of SAD and a potential target for early intervention strategies.

A recent study by Pickard, Rijsdijk, Happé and Mandy (2017) investigated the longitudinal relationship between social communication difficulties and social anxiety symptoms using a population-based sample of 9,491 children across 7-, 10- and 13-year time points. 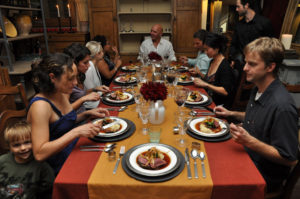 Social anxiety disorder is characterised by an intense fear of social situations.

This study utilised participants from the Avon Longitudinal Study of Parents and Children (Golding, Pembrey, & Jones, 2001; ALSPAC) cohort, a population-based sample of children born in Bristol, UK, between 1991 and 1992.

The study analysed data over three time points, using a two-level cross-lagged panel model (CLPM) to estimate the relationship between SC difficulties and SA symptoms. A CLPM is a type of structural equation model (specifically, a path analysis model) in which two or more variables are measured at two or more occasions, and interest is centred on the associations (often causal theories) between variables over time. 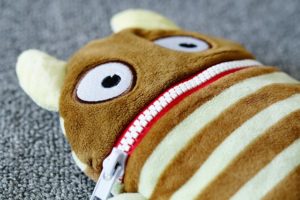 These are important findings to note, as they suggest early interventions for improving SC abilities in children are likely to contribute positively towards a preventative first step in addressing the potential development of SA symptoms.

The authors summarised as follows:

These findings emphasise a potential marker for the development of social anxiety that could be targeted with early prevention approaches.

The longitudinal research design, a significant strength of the study, provided a developmental framework in which to examine the associations between greater parent-reported SC difficulties and greater parent-reported SA symptoms in children. Additionally, as the authors noted, the large sample size and use of consistent measures across time periods assisted in strengthening the reliability and validity of the findings.

Nonetheless, a number of limitations should also be considered:

A significant weakness of the study, acknowledged by its authors, is its reliance on the 6-item parent-report DAWBA (social fears subscale) to assess the SA symptoms via observed behaviour. Social anxiety relates to specific fears associated with social situations in which an individual feels like he or she may be negatively judged or scrutinised, and only one item on the parent-report DAWBA social fears subscale relates to a cognitive appraisal (Do you think his dislike of social situations is because he is afraid he will act in a way that will be embarrassing or show him up?). The remaining five items link to parental observations relating to the child’s social behaviour only. The reliability and validity of the study’s findings would have greatly benefited from a multi-modal assessment of SA-related symptomatology.

The generalisability and validity of the overall findings are also restricted by the sole reliance on parental reports for both SC difficulties and SA symptoms. This is likely to be of particular importance for the last time point (age 13) and SA symptoms. For example, research shows that the discrepancy between parent and child reports of internalising symptoms tends to increase in adolescence (Handwerk, Larzelere, Soper, & Friman, 1999). The corroboration or discrepancy between a parental and child self-administered report would have been more informative and reliably valid in this respect. It is noted that the researchers were no doubt restricted in this respect, as the data was obtained directly from a larger study (ALSPAC cohort). Moreover, the fact that the data was obtained from the ALSPAC cohort, a population-based sample of children born in Bristol between 1991 and 1992, also limits the generalisability of these results.

Furthermore, other risk and protective factors that could potentially influence the development of SA, such as parental attachment, parental psychopathology and adverse life events (negative peer relationships or trauma), were not investigated, and therefore, we cannot discount that several other alternative mechanisms were involved in the development of SA symptoms.

Lastly, the authors’ definition of SC rests upon the parent-report SCDC checklist, which measures social and communication difficulties related to the Autism Spectrum Disorder (ASD). They have recommended that improving social cognition may be a key target for SA interventions. However, the authors did not elucidate what particular social cognitive processes are important to target, which is a noteworthy consideration, given that social cognition refers to a broad set of cognitive processes applied to the recognition, understanding, accurate processing and effective use of social cues in real-world situations (Nowogrodzka, 2014). 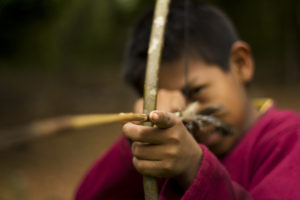 The authors suggest improving social cognition may be a key target for social anxiety interventions in children.

The findings of Pickard, Rijsdijk, Happé and Mandy (2017) indicate that social communication (SC) difficulties in early childhood contribute towards the development of later social anxiety (SA) symptoms. They suggest that early intervention programmes should target the improvement of social cognitive processes in children in order to alleviate co-occurring or potential SA symptoms.

Despite several methodological limitations, the findings add to our understanding of the normal development of SC difficulties and the impact upon SA symptoms in children between 7 and 13 years of age. Future research is required in order to determine what other relevant factors (e.g. adverse life events, parental attachment etc.) may influence the relationship between SC difficulties and SA symptoms over time.

Last reply was August 10, 2017
Try out our members features!