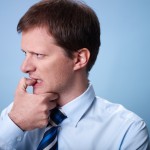 Social Anxiety Disorder used to be called Social Phobia and is generally regarded as the most prevalent form of common anxiety disorder.

Estimates of lifetime prevalence vary but according to a US study, 12% of adults in the US will have social anxiety disorder at some point in their lives (Kessler et al, 2005).

According to NICE guidance published in 2013, social anxiety disorder is characterised by:

…persistent fear of or anxiety about one or more social or performance situations that is out of proportion to the actual threat posed by the situation. Typical situations that might be anxiety-provoking include meeting people, including strangers, talking in meetings or in groups, starting conversations, talking to authority figures, working, eating or drinking while being observed, going to school, going shopping, being seen in public, using public toilets and public performances such as public speaking.

It can have a profound effect on sufferers’ ability to function and can lead to problems in school, at work and in all social situations. It is also highly associated with long-term unemployment. Social Anxiety is known to be a persistent disorder that causes enormous distress, financial hardship and a reduction in quality of life.

In the UK, NICE guidance recommends treatment of Social Anxiety Disorder with Cognitive Behavioral Therapy (CBT) based on the Clark and Wells model or the Heimberg model. As alternatives, NICE recommends either guided self-help or treatment with an (SSRI) antidepressant. Group therapy is not recommended (NICE, 2013).

A recent (brief) meta-analysis carried out by a Dutch research group evaluated the evidence available in support of the use of cognitive-behavioural group therapy (CBGT) as a treatment for Social Anxiety Disorder.

The researchers searched PubMed, Cochrane, PsychInfo and Embase for studies that tested the efficacy of CBGT for the alleviation of symptoms of Social Anxiety Disorder. Their inclusion criteria were:

Articles that met all of these criteria were then subjected to meta-analysis to determine any benefits the treatment had over and above that of the control (treatment-as-usual, pill-placebo or waiting list).

The authors were also keen to test if any of the trials could be sub-grouped to test more specific treatment versus control combinations.

One of the stand-out measures that this group used to evaluate the data was the number-needed-to treat (NNT). This calculates how many patients need to be treated to prevent one bad outcome.

Out of 1,955 studies initially identified from the different databases, the authors only identified 11 studies (and not 12 as indicated in Figure 1 of the review) which ticked all of their many boxes. These studies gave the researchers a total of 654 subjects data (315 treated and 290 – seems to add up to 605 to me!). From this they were able to conclude that:

…the difference between intervention and control conditions was 0.53 (96% CI 0.33 to 0.73)…This corresponds to an NNT of 3.24. Heterogeneity was low to moderately high…and…there was some evidence of publication bias.

…that psychological group-treatments CBGT are more effective than control conditions in patients with Social Anxiety Disorder.

Since heterogeneity between studies was high, more research comparing group psychotherapies for Social Anxiety Disorder to control is needed. 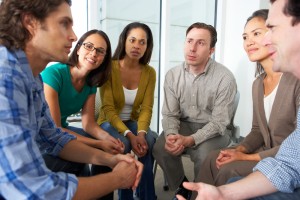 The review concluded that CBGT had a moderate, but significant effect in the treatment of Social Anxiety Disorder, compared to control

The authors recognise a number of limitations of their study:

This does not seem to me to be a very robust study – unless one limits the conclusion to: “we need more studies that are better designed”.

One of the variables that I think it is essential to address is the treatment protocol – including studies which lumped all CBT strategies together (cognitive restructuring and exposure are totally different) is not helpful and can’t be justified because of the lack of data. It is worth remembering that the NICE guidelines specify: “CBT based on the Clark and Wells model or the Heimberg model”, as these are evidence based CBT treatment protocols.

One of my own immediate concerns about this publication was the title, which promises the reader an assessment of “psychological group-treatments” yet, only reports on CBGT.

In this and other studies the abbreviation SAD is used for Social Anxiety Disorder. For many of us SAD is more commonly used as shorthand for Seasonal Affective Disorder and is therefore going to lead to confusion.

I identified several errors/omissions in the text, tables and figures (e.g. Figure 1 states that “12 randmized (sic) trials included in qualitative synthesis” giving us both erroneous data – it was 11 trials and a typo in one box; several errors were also evident in Table 1). This did nothing for my confidence in the rest of the study.

Despite limitations the authors conclude that CBGT does seem to be an effective treatment for Social Anxiety Disorder.  I am not sure that the evidence really supports this conclusion.  I have discussed my concerns with fellow elf Douglas Badenoch. He agreed and also felt that the study had some additional limitations (small sample size, high drop-out rates, allocation concealment was only properly reported in 5 studies and intention to treat in 4).

In short, we conclude the authors did the best they could with small sample sizes that used heterogeneous outcome measures over a 30-year period. However, no amount of statistical mastery can get around the low quality of the original studies.

It is possible that group CBT might prove to be a cost-effective treatment for SAD, sorry, for Social Anxiety Disorder and maybe there is a certain logic in predicting that social skills might be best honed in groups rather than in 1-2-1 treatments. But perhaps other psychotherapy models (e.g. group interpersonal therapy) might also be more effective. Until we have robust studies, we will have to remain in the dark. 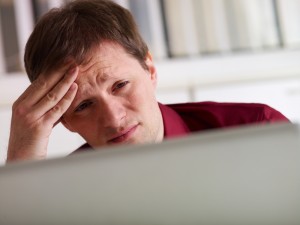