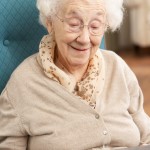 Studies suggest that implant overdentures (IODs) can improve function and quality of life. However most studies are conducted in adults under the age of 70.  The aim of this study was to investigate denture satisfaction, functional, nutritional and patients centered aspect of IODs in patients over 75 years of age.

Edentulous and denture wearing patients over 75 years of age living in institutions or receiving help for activities of daily living as assessed with the Instrumental Activities of Daily Living Scale were recruited.  The lower denture had to cause discomfort to the degree that the patients were seeking treatment.  Those randomised to the treatment group received 2 standard implants and after 6-8 weeks healing the existing lower denture was converted to an IOD.  The control group had a conventional reline. Implant survival and success were assessed according to the Buser criteria, nutritional state was judged via body mass index and the Mini Nutritional Assessment, blood markers were also analysed. Chewing efficiency, bite force and denture satisfaction and denture stability were also assessed.

This is a small study with a large number of drop-outs post randomisation prior to treatment.  It took several years to recruit to the study indicating the difficulty in identifying patients would could potential benefit from the proposed treatment.  With increasing numbers of older people surviving past 75 this potential pool of patients may increase in the future. More studies would help assess the benefits and risk fo rthis type of care in this patietn group.