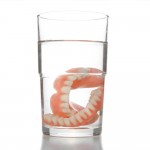 While oral health has been improving in recent decades the prevalence of edentulousness is still high in some countries and levels of edentulousness tend to increase with age. It has been estimated that as many as 46% of older adults are at risk of malnutrition and dental status is one of a range of factors that influence this. Provision of dentures has an impact on dietary patterns and some studies have demonstrated that implants supported overdentures are better than conventional dentures.

Searches were conducted in the Medline, EMBASE and the Cochrane Central Register of Controlled Trials (CENTRAL) databases. Randomised control trials (RCT), cohort or case control studies which compared the treatment effect of an overdenture to conventional denture on nutrition, in which primary outcomes included changes in intake of macronutrients and/or micronutrients and/or indicators of nutritional status were considered.

Two reviewers independently selected studies and one reviewer extracted the data, which was checked by the second reviewer. Study quality was assessed independently by two reviewers using the Cochrane risk of bias tool. A fixed effects model was used to estimate the weighted mean difference (WMD) and 95% CI for change in body mass index (BMI), albumin and serum vitamin B12 between overdenture and conventional denture 6 months after treatment.

Three major databases were searched for this review and 8 studies were included with 3 contributing to a meta-analysis. In earlier blogs we have looked at 3 of the included studies (other references) as well as an earlier systematic review by Boven et al (Dental Elf – 21st Jan 2015) which had a broader question and inclusion criteria but also found no changes in dietary intake BMI or blood markers. The authors of this review themselves highlight a number of limitations; the small sample size, a short follow up period and limited outcomes for nutrient intake or nutritional status in the included studies.  Whether the available evidence is good enough to support including overdentures as one element of a multidisciplinary treatment to improve nutritional status in older adults is however doubtful.

Last reply was August 19, 2016
Try out our members features!