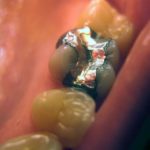 The aim of this review was to assess if there is difference in the longevity of minimally invasive techniques compared to the complete replacement for the treatment of defective direct restorations in permanent teeth.

Searches were conducted in the  Medline, Cochrane Library, Scopus, ISI Web of Science, LILACS, BBO, and SIGLE databases  without restrictions.  Randomised controlled trials (RCTs) or controlled clinical trials (CCTs) comparing minimally invasive treatment of defective restoration in permanent teeth with replacement with at least 2-years of follow up were considered. Failure rates were evaluated based on the characteristics of the Ryge Clinical Criteria. Two reviewers independently selected studies extracted data and assess risk of bias using the Cochrane tool. The overall strength of the evidence was assess using the GRADE approach

The direct restorations treated by the repair, seal and refurbishment techniques did not present a significant difference in clinical longevity in comparison to the replacement technique in permanent teeth with overall moderate quality of evidence.

Two Cochrane reviews published in 2014 (Dental Elf – 11th Feb 2014 – 12th Fed 2014) found no RCTs assessing the effectiveness of repair and replacements of restorations. Two of the studies included in this review published prior to 2014 were excluded by Cochrane as they were considered to be prospective cohort studies. It is also interesting to note that the authors report a general a lack of clarity in reporting allocation concealment in the studies (one of the Cochrane risk of bias tool criteria) yet all but 3 studies are considered to be low risk for this. This suggests that the risk of bias assessment for the included studies is generous which will impact on the reported overall GRADE assessments. There is increasing interest in repair rather than replacement of defective restorations and more research is required not just into its effectiveness  both in the short and long term but also patients and professional perceptions and its cost effectiveness.

Repair as an alternative to replacement of dental restorations

By Kauzio – Own work, Public Domain