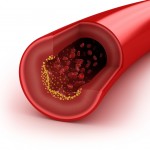 A number of studies have investigated the associations between periodontitis (PD) and cardiovascular (CV) disease. Carotid intima-media thickness (c-IMT) measurement is a non-invasive technique, which has been shown to correlate with the individual CV risk factor burden as well as the risk of future CV events, including coronary artery disease and stroke

The aim of this review was to address the question; What is the association between PD and vascular function as assessed by c-IMT and FMD (Flow-mediated dilation) and what is the impact of PD treatment on these variables in adult suffering from PD?

This review demonstrated an association between increased c-IMT, impaired FMD and PD. Data from intervention studies suggested a beneficial effect of periodontal treatment on FMD indicating an improvement in endothelial function. The findings support investigation of periodontitis treatment on cardiovascular outcomes.

While most of the studies were observational and were rated as being of low to medium bias the was considerable variation in the definitions of PD, observed population, carotid segments studies and the definition of c-IMT. Also, as has been noted in other studies comparing PD and CV PD shares a number of important risk factors with CV.

We recently reported on a Cochrane review (Dental Elf -1st Sept 2014) that found only low quality evidence which was insufficient to support or refute whether periodontal therapy can prevent the recurrence of CVD in the long term in patients with chronic periodontitis. Although a 2013 review by Teeuw (Dental Elf- 16th Dec 2013) did find that periodontal treatment reduced some biomarkers of atherosclerotic disease they did not included c-IMT or FMD.