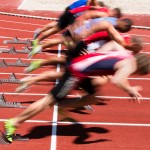 Since the 1968 Olympic games there have been consistent reports of poor oral health in elite athletes. At the London games in 2012 there were 3,220 encounters at the polyclinic; 2,105 were medical and 30% of these were dental.

The aim of this consensus statement is to raise awareness of the issues of oral health in elite sport and recommend strategies for prevention and health promotion in addition to future research strategies.

A systematic review was conducted to understand what was known about the oral health of athletes and what effect oral health had on training and performance. Searches were conducted in the Medline, Embase, EBSCO, SPORTDiscus and OpenGrey databases. Duplicate screening, eligibility assessment, data abstraction and methodological quality were conducted of observational studies.

The authors reported the conclusions of the review as:

The full systematic review (Ashley et al – in press) that underlies this consensus statement was not available at the time of writing so key points are taken in this document.

As all the included studies are observational and have low quality (as the authors note) they are likely to have suffered from unrepresentative sampling. This is likely to have been biased to those who attended the dental facilities and so potentially have greater levels of dental disease. That said, it is important to note that elite athletes are not immune from oral health problems unless appropriate oral health behaviours and preventive behaviours are adopted.

The recommendations for oral health promotion included in the statement are sensible and essentially similar to those from any other walk of life. It is perhaps a timely reminder that good oral health is as important to elite athletes as it is to ordinary people, as we need to tailor advice and support accordingly.