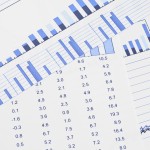 Periapical abscess is sequelae of the death of the dental pulp often as a result of dental caries or trauma.  It is normally managed in dental practice with root canal treatment or extraction. However, if left untreated it can lead in some circumstances lead to the destruction of bone and the spread of infection to soft tissue and muscle spaces, resulting in a severe, life-threatening infection

The aim of this study was to assess trends in hospitalisation as a result of periapical abscess and to assess any associations between patient characteristics (including age, sex, race, presence of comorbid conditions, and insurance status) and hospitalisation outcomes (including hospital charges, length of stay, in- hospital mortality, discharge status, and the occurrence of complications)

The study used the US National Inpatient sample data set for 2000-2008, the largest publically available all-payer in-hospital data set. All cases with a diagnosis code for a periapical abscess and a periapical abscess with sinus involvement were selected for analysis in the current study.  The primary outcome of interest was hospital charges and length of stay.

The current study highlights the increasing burden of hospitalisation of patients with periapical abscesses over a 9-year study period from 2000 to 2008. The high-risk groups likely to seek a hospital setting for the treatment of periapical abscesses were identified as were groups associated with higher hospital charges and a longer length of stay

This is an interesting retrospective study based on routinely collected data  and the potential for inaccurate coding, as noted by the authors, needs to be considered .  While the overall number of hospitalisations for periapical abscess has increased over the 9 year period the US population has also increased.  However, as regular preventive dental care and access to dental services should enable either the prevention or the routine management of periodontal abscess before it becomes an acute problem requiring hospital admission, it is salutary to remember that small numbers of people are still dying as a result of dental abscesses.