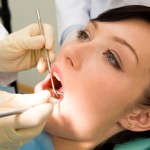 Access to dental care is limited in many parts of the world. The delegation of some clinical tasks to dental auxiliaries to improve access and reduce costs has been implemented in many countries including the UK. The aim of this review was to assess the effectiveness, costs and cost effectiveness of dental auxiliaries in providing care traditionally provided by dentists.

Searches were conducted in the Cochrane Effective Practice and Organisation of Care (EPOC) Group’s Specialised Register; Cochrane Oral Health Group’s Specialised Register; the Cochrane Central Register of Controlled Trials Medline; Embase; CINAHL; Cochrane Database of Systematic Reviews; Database of Abstracts of Reviews of Effectiveness; five other databases and World Health Organization (WHO) International Clinical Trials Registry Platform Search and Clinical-Trials.gov. Randomised controlled trials (RCTs), non-randomised controlled trials (NRCTs), controlled before and after studies (CBAs) if there were at least two intervention and two control sites and study groups were comparable, and interrupted time series (ITSs) when the point in time when the intervention occurred was clearly defined and there were at least three data points before and three after the intervention were considered.   Study eligibility, data abstraction and risk of bias assessment were carried out independently by 3 reviewers. Cochrane methodological approaches were followed. The primary outcome measures considered were performance in 3 areas; history taking, diagnosis and treatment planning; technical procedures; oral health education and other health promotion measures.

We only identified five studies for inclusion in this review, all of which were at high risk of bias and four were published more than 20 years ago, highlighting the paucity of high-quality evaluations of the relative effectiveness, cost-effectiveness and safety of dental auxiliaries compared with dentists in performing clinical tasks. No firm conclusions could be drawn from the present review about the relative effectiveness of dental auxiliaries and dentists.

A number of previous reviews of this area have been undertaken (Dental Elf 21st Jan 2013). These reviews have included a broader range of study designs and generally concur with the current review. All the reviews comment that the quality of the available evidence was poor. As the authors note the limitations in the quality and extent of the data makes drawing substantive implications for practice difficult. This means that policy makers have little evidence to understand the potential impact of dental auxiliaries on the effectiveness and cost-effectiveness of dental services and further high quality studies are needed. 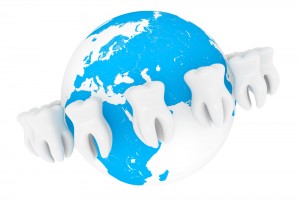