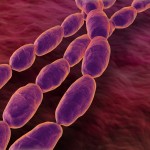 Mutans streptococci (MS) particularly Streptococcus mutans and Streptococcus sobrinus play a significant role in dental decay, although they are not the only cariogenic species present in oral biofilms.

The aim of this review was to determine whether there is scientific evidence of mother-to-child S. mutans transmission.

Based on this systematic review and meta-analysis, we can conclude that there is scientific evidence of caregiver-to-child and, especially, mother-to-child S. mutans transmission, particularly when the mother is the primary caregiver. Additionally, it should be noted that there is a need for controlled longitudinal studies for a complete transmission evaluation assessment.

All the studies included in this review are observational and while there is some marked variation in the age groups of the included children (24 studies, the age groups were from 3 weeks to 3 years; 11 studies, 4 to 12 years, and in 1 study, 13 to 15 years) and a wide variation in the genetic techniques the studies all demonstrated maternal-child transmission to a greater or lesser extent. This is perhaps a not unexpected finding, although the interest lies in the fact that children whose teeth are colonized early by MS are thought to be at higher risk of caries.