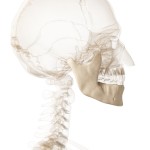 The aim of this review was to assess the clinical outcomes of the following three surgical methods for the management of internal derangement (ID) of the temporomandibular joint (TMJ):

Searches were conducted in PubMed/Medline and Cochrane CENTRAL databases. A number of relevant journals were also hand searched. Randomised or quasi-randomised controlled clinical trials (RCTs), controlled clinical trials (CCTs), and retrospective studies whose aim was to compare open surgery to arthroscopic surgery for the management of ID of the TMJ were considered. Only English language studies were included.

The results of the meta-analysis showed the use of OS to be superior to the use of AS in pain reduction in the management of ID of the TMJ, with comparable MIO, jaw function, and clinical findings. In addition, the present study showed that ALL provides greater improvement in MIO and comparable pain reduction when compared to AS.

This review was conducted by a single author, which can lead to selection and observer biases that are reduced when two or more reviewers are involved. While two large databases have been searched only articles in English have been included which could mean that other relevant articles have not been included. Only a small number of studies in a relatively small number of patients were available and only two statistically significant outcomes were identified. There was greater pain reduction with OS compared with AS and greater improvement in MIO in ALL compared with AS.