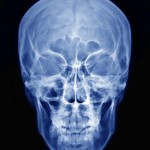 Piezosurgery (piezoelectric bone surgery) is considered to reduce intraoperative bleeding, creating a better visibility of the surgical field and make the cutting of hard tissue possible, through a “selective cutting” without encountering necrosis from overheating, and without damaging nerves and vessel. The aim of this study was to compare piezoelectric surgery to the conventional rotatory surgery in mandibular cyst enucleation.

Patients requiring the surgical enucleation of a mandibular cyst we randomised to either conventional treatment with surgical micromotor (CT), or piezosurgery (PS). Cysts with vertical apico-coronal (AP) dimension in the range between 15 and 30 mm and with a horizontal mesio-distal (MD) dimension in the range between 15 and 40 mm;  and  Intact vestibular cyst wall, and greater than 1 mm;  involving the inferior alveolar nerve or mental nerve were included.  Standard pre- and postoperative antibiotic and analgesic regimes were provided.  Pain and swelling recorded at 24,48, 72 hours and at one week were the main outcome measures.  Pain was recorded using a Visual Analog Scale (VAS).

Within the limits of the present study, results suggest that piezosurgery may be considered effective in cyst enucleation compared to traditional procedures with burs, since it grants patients significantly less post-surgical pain and swelling.

The groups appear to have been reasonably balanced in terms of age and cyst type but there were a higher proportion of males in the PS group (52.5% compared with the CT group 35%). It is not clear whether the patients were blind to the type of surgery they received or whether the operator measuring the post-operative swelling was either which could introduce a bias.  As this is a short-term study (7-days) it is assumed that all 80 patients were included in the results as there is no confirmation of this in the text.  Also group means are reported rather than individual patients data.  So while the results of this trial appear promising it is only one study and more high quality studies need to be conducted to confirm these findings.